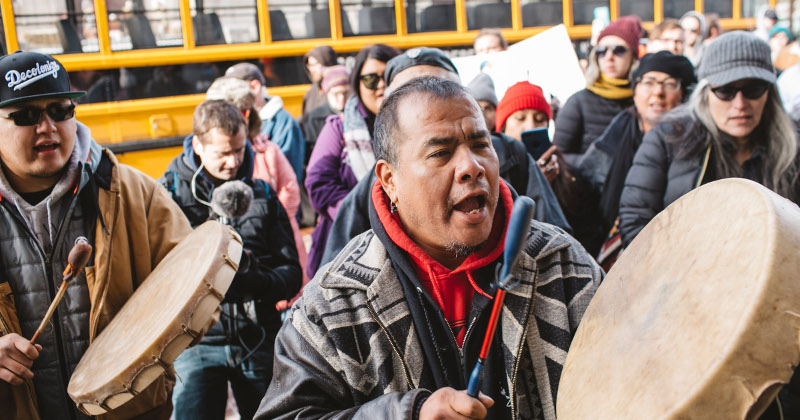 The hottest political fad in America today is “Get Whitey.”

The Covington Catholic students have now been proven innocent of any disrespectful behavior, while adults harassed them in Washington D.C. Alex Jones exposes the leftist agenda to smear Christians as bigots.

Across the country re-education sessions are routinely held in businesses, professional offices, medical schools, universities and even kindergartens, whose purpose is to teach the “un-woke” about the evils of “white privilege,” and make the whites who participate uncomfortable about their skin color.

The bottom line in these sessions: Whites need to own up to the fact that regardless of their intentions, beliefs, behaviors or status in life, they are elite participants in a racist system that oppresses “people of color,” and are so merely because they are white. But discrimination on the basis of skin color has been outlawed in this country for more than 60 years. Therefore one might reasonably ask, “WTF is white skin privilege”?

Brexit was voted on in 2016, yet the UK has still not left the EU. Meanwhile, the migrant crisis has created “no go zones” where women are raped.