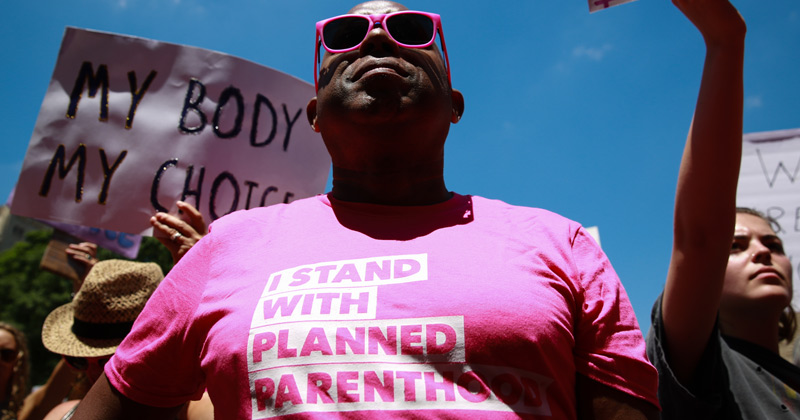 “Planned Parenthoods have been placed inside cities by white supremacists to do the Devil’s work,” West declared, adding, “I am pro-life because I’m following the word of the bible.”

West could be referring to Planned Parenthood founder Margaret Sanger, who once delivered a speech to the Ku Klux Klan and believed black people were “like weeds that need to be controlled.”

Sanger also founded the “Negro Project,” which was a eugenics operation aiming to eliminate black births.

Breitbart reports, “2010 Census Bureau data shows that a majority of Planned Parenthood’s surgical abortion facilities were located within walking distance, or two miles, of neighborhoods with high black populations. A Life Issues Institute analysis found ‘that 102 out of 165, or 62% of the Planned Parenthood abortion facilities are located in areas with relatively high African American populations, or in ‘targeted neighborhoods.’”

In 2018, the Wall Street Journal reported that, “In New York City, thousands more black babies are aborted each year than born alive.”

The abortion rate among black mothers in New York City is more than three times higher than it is for white mothers.

In 2014, national numbers showed black women accounted for 36% of all abortions despite representing only 13% of the total female population.