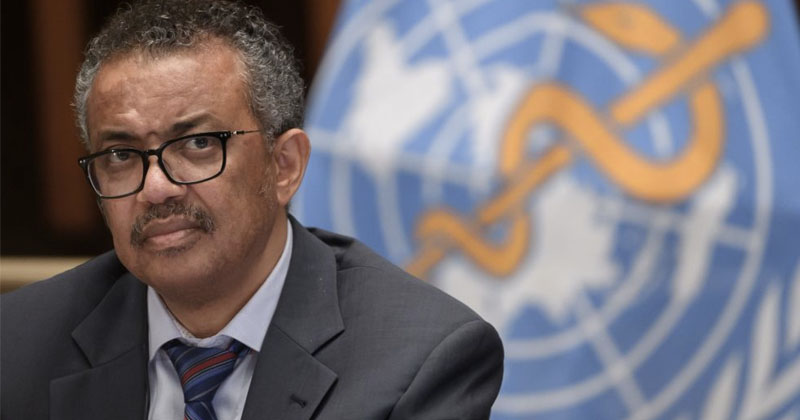 “Vaccine nationalism only helps the virus. The success of the COVAX facility hinges not only on countries signing up to it, but also filling key funding gaps,” Ghebreyesus said, likely referring to President Trump and America, during the WHO’s latest coronavirus vaccine briefing.

So far, he said, 172 countries representing 70% of the world population have signed up for the coronavirus vaccine distribution scheme, where 2 billion doses of the vaccine will be distributed across the world by 2021.

“There is light at the end of the tunnel. As I said last week, together we can do it,” Ghebreyesus stated.

“The results are not conclusive. The trials have been relatively small and the results in some cases point to some benefit but have not been conclusive. We have been tracking this and do ongoing… reviews to see where the evidence is shifting or pointing at and the moment it is still very low evidence,” she said.

But Swaminathan admitted earlier this year that the WHO doesn’t “really have very good safety monitoring systems in many countries, and this adds to the miscommunication and the misapprehensions because we’re not able to give clear-cut answers when people ask about the deaths that have occurred due to a particular vaccine, and this always gets blown up in the media.”

However, Swaminathan was still quick to claim that the coronavirus vaccine, which is being fast-tracked by many years through safety trials by several countries and agencies, is the only safe bet.

“Generally, to develop a new vaccine for a disease, under normal circumstances, it will take anywhere between five to 10 years. In this case of a pandemic, with the joint efforts by WHO and other agencies, it might take at least one to one-and-a-half years, minimum, as finding a new vaccine involves a testing process,” she told reporters last week.

But don’t worry, this fast-tracked experimental vaccine will be much safer than well-known treatments that have been around for decades.

President Trump withdrew America from the UN-backed WHO in June over its poor response to the coronavirus pandemic and efforts cover up Communist China’s involvement in spreading the virus across the planet.

“China has total control over the World Health Organization despite only paying $40 million per year compared to what the United States has been paying, which is approximately $450 million a year,” the president said.

Here’s what you need to know about NIH head Francis Collins. Is he really a devout Christian or a transhumanist using aborted babies for research, including vaccines? Francis (Fauci’s boss) has just gotten 2,700 “evangelicals” to sign a statement telling other Christians to stop questioning “experts” and take your COVID vaccine when they tell you.