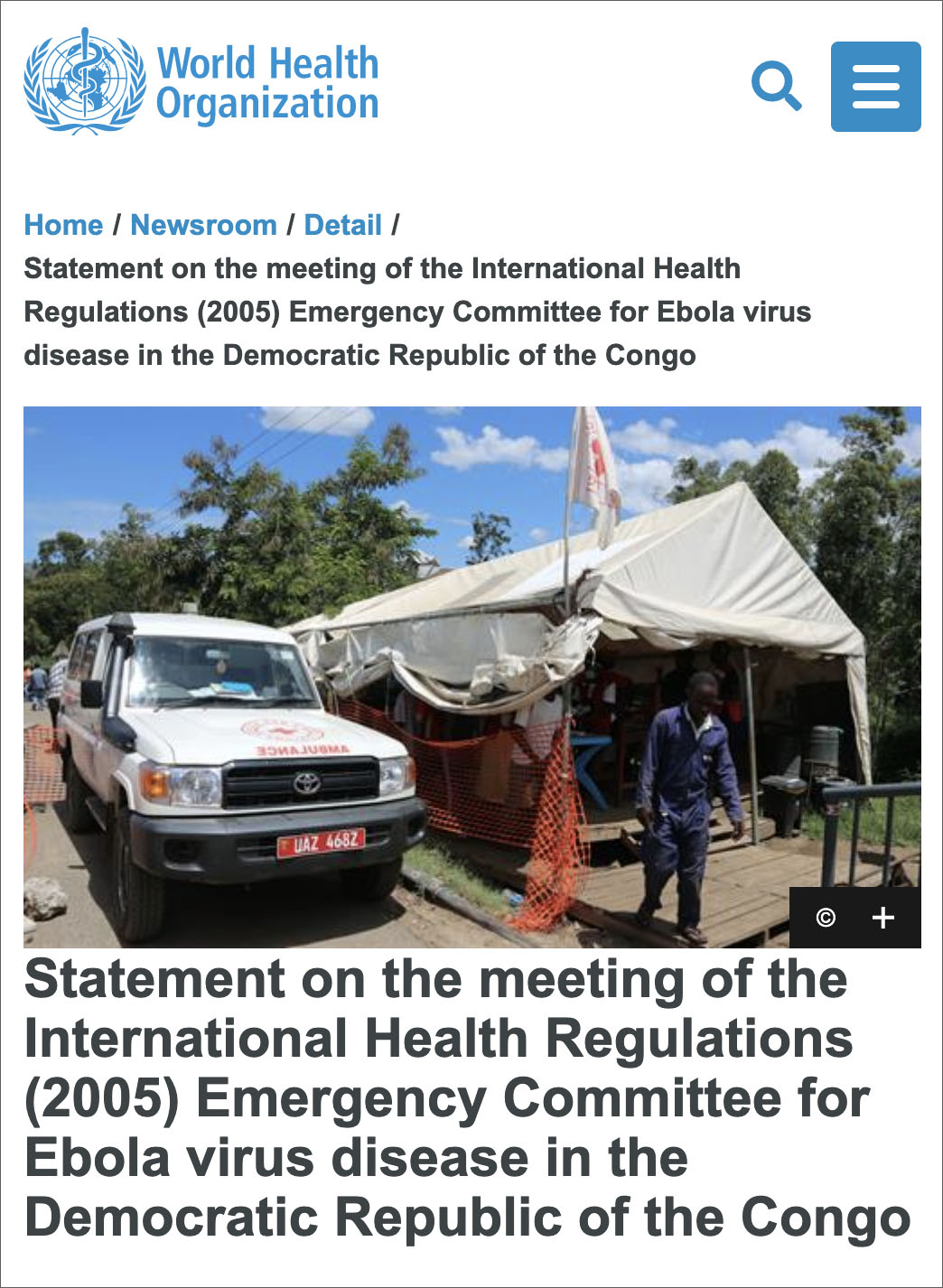 The World Health Organization (WHO) has decided not to declare an international health emergency over the Ebola epidemic in the Democratic Republic of Congo that has now spread to Uganda, the organization announced Friday.

After an independent panel of medical experts on WHO’s Emergency Committee met Friday to discuss the possibility of declaring the worsening Ebola epidemic in Africa an “international emergency,” the committee concluded that despite the “extraordinary event” of Ebola spreading into Uganda, the level of response would remain unchanged.

“It was the view of the Committee that the outbreak is a health emergency in DRC and the region but does not meet all the three criteria for a PHEIC under the IHR,” WHO declared in a statement.

“While the outbreak is an extraordinary event, with risk of international spread, the ongoing response would not be enhanced by formal Temporary Recommendations under the IHR [International Health Regulations] (2005).”

Several experts had recommended that WHO should declare an international public health emergency.

“Doing so would raise the levels of international political support, which has been seriously lacking so far, show strong support for DRC and neighboring countries and WHO, and release more resources, including finance, healthcare workers, enhanced logistics, security and infrastructure,” said Jeremy Farrar, director of the Wellcome Trust global medical charity.

So far, the death toll as result of the current Ebola outbreak, the second-largest in history, stands at over 1,300.

WHO’s announcement comes only days after Infowars exclusively documented the hundreds of unvetted Congolese migrants being bused into San Antonio, Texas, which the mainstream media still refuses to cover.