All over America, there are millions of Americans that are quietly preparing for doomsday.  They are turning spare rooms into long-term food storage pantries, they are planting survival gardens, they are converting their homes over to alternative sources of energy, they are taking self-defense courses and they are stocking up on just about anything you can imagine. 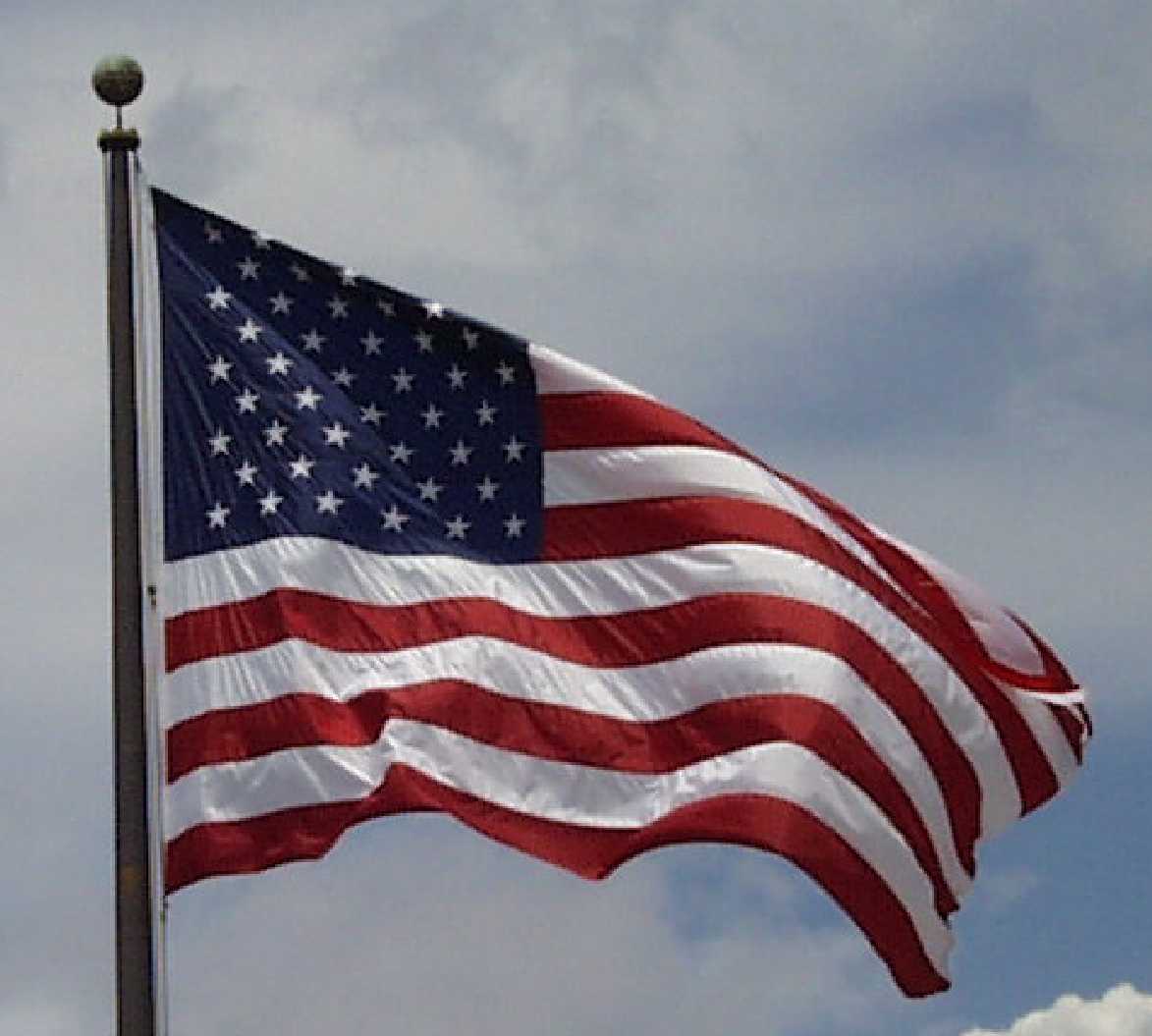 They are called “preppers”, and their numbers have absolutely exploded in recent years.  In fact, you might be living next door to one and never even realize it.  According to a recent Daily Mail article, there are approximately 3 million preppers in the United States today.  Others believe that the true number is significantly higher than that.  This movement has become so popular that there are now even television shows being done about preppers.  The most popular is probably “Doomsday Preppers” on the National Geographic Channel.  This movement is still growing and is not going to go away any time soon.  In fact, as the world continues to become even more unstable it is likely that a lot more Americans will find themselves becoming preppers in the years ahead.

So what exactly are all these people so concerned about?  Exactly why are there millions of Americans that are feverishly preparing for doomsday?

Well, the truth is that you will never find two preppers that are exactly alike.  Some are deeply concerned about the potential for natural disasters and believe that we are now entering into a time when there will be catastrophic earth changes.  Other preppers believe that terrorism is the most significant threat to our way of life.  Killer pandemics, an EMP attack, World War III, martial law, solar megastorms, asteroid strikes and societal chaos are some of the other things that some preppers are worried about.

Of course an economic collapse is one of the biggest concerns for preppers, and without a doubt the U.S. economy is deeply troubled.  A collapse of the financial system would change all of our lives permanently.

But it isn’t just preppers that are concerned about these things.

“Which of the following, if any, do you think might happen in the United States in the next 25 years? Please choose all that apply.”

These were the results….

Significant Earthquake 64%
Significant Hurricane 63%
Terrorist Attack 55%
Financial Collapse 51%
Significant Blackout 37%
Pandemic, Such as From a Super-Virus 29%
Nuclear Fallout 14%
None of These 13%

Obviously there are a whole lot of people out there that feel as though we are heading for some really bad stuff.

So if hard times are coming, why not prepare for them?

After all, none of us want to end up like the poor people of New Orleans in the aftermath of Hurricane Katrina.  Large numbers of people were herded into the Superdome and food and water ran out really fast.  There was rampant looting of stores and people were shooting each other in the streets.  It was mass chaos.

The following is what one Australian blogger experienced while staying in the Superdome during Hurricane Katrina….

Last night was horrendous. I heard shouting, and drinks machines being smashed. There’s no sanitation and it’s so smelly. My hair is greasy and I feel a wreck. There are crack alleys among the maze of corridors. The lights are broken in the loos which, as well as being disgusting, have become dangerous, so we now only go as a big group.

More people are arriving, and the dome is like a refugee camp. I see two soldiers carrying a corpse and we hear there are more dead in the basement.

As an article in the New York Times from that time period detailed, food and water were in very short supply and those cramped into the Superdome were rapidly becoming impatient….

Desperation was in the air. Danielle Shelby tugged at a reporter’s arm. “I have a handicapped daughter,” she said. “She’s over there with her wheelchair. She’s hot. We don’t have any water. I’m afraid she’s going to have a seizure.”

Others crowded around. “I’ve been in the food line twice, and every time I get to the front they tell me they don’t have any left,” said Juanita McFerrin, 80.

Later on in that same article, we are told that there were fights, rapes and at least one suicide in the Superdome during that time….

It got worse. Ms. Rousell recalled hearing a loud bang Tuesday afternoon as the body of a man slapped the concrete at the edge of the football field in a fatal suicidal plunge, after he apparently learned that his home had been destroyed. Others told of fights that broke out in food lines, and of a husband and wife who slugged each other in a wild argument.

Several residents said they had heard of children being raped, though it was not clear whether anyone reported such incidents to the authorities, and no officials could be found who could confirm the accounts.

To get an even better idea of what life in New Orleans was like in the aftermath of Hurricane Katrina, just check out this video.

Within just a few days food, water and supplies started pouring into New Orleans and things started slowly getting back to normal, but imagine what things would look like in this country if we had to deal with a national disaster that stretched on for months or even years?

Many preppers are not taking any chances.  Many are absolutely determined to be able to take care of their families and friends no matter what the years ahead may bring.

Tim Ralston, a married father of two from Arizona, is one such “prepper.”

“There’s a lot of different things that could happen,” Ralston said. “For me, I look at prepping as kind of like insurance. You have car insurance, health insurance, life insurance.”

Call it Apocalypse insurance. Ralston turned his family’s two-car garage into a staging area. Inside is a trailer, which he keeps packed and ready to go at all times, stockpiles of freeze-dried food, including cartons of canned chicken with a shelf life of 15 years, survival gear, such as a system for purifying polluted water, first aid kits and lots of weapons and ammunition. His son has his own AK-47.

Some preppers are going to the extreme and are spending huge amounts of money on their prepping.

CNN recently profiled one Australian prepper that has spent about $350,000preparing for doomsday….

Bast has spent about $5,000 on stockpiles of food and water, and $11,000 on equipment including gas cookers, generators, batteries, water purifiers and solar power. He also purchased roughly an acre of land that’s a 75-minute drive from Melbourne and 1,500 feet above sea level (in order to stay high and dry in case of a flood or tsunami). He has built a house there, as well as a bunker to serve as his “safe spot” in the event of an emergency. Together, the land, buildings and bunker have cost him a total of about $330,000.

But the truth is that prepping does not have to be expensive.

The key is to start by focusing on the five basics….

There are some practical things that just about anyone can do even if you don’t have a lot of money.

For example, when you go to the store try to pick up a few extra items that are on sale and add them to your supplies.  If you rotate your food supplies, they won’t go bad.

In addition, just about anyone can plant a garden.  Often fruits and vegetables are some of the most expensive items at the grocery store, and so growing a garden can end up saving you a lot of money.

The truth is that our world is becoming increasingly unstable in a whole bunch of different ways and we all need to learn how to prepare for the difficult years ahead.

As the economy continues to fall apart, America is going to become a veryheartless place.  You don’t want to be caught in the middle of societal chaos without a plan.

Yes, as you may have guessed by now, I am a prepper too.  My wife and I moved to an entirely different state and totally changed our lifestyle to prepare for what is coming.

Hopefully this article will inspire many more Americans to prepare for what is coming.  A great economic collapse is on the horizon and time is rapidly running out.