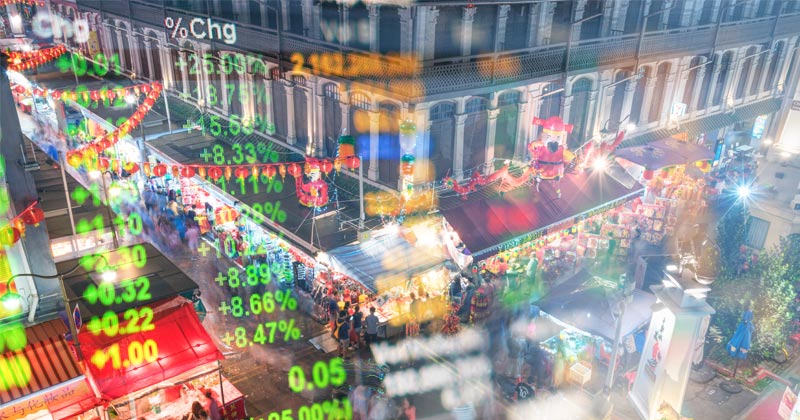 On the eve of the Great Recession, former President George W. Bush in a 2007 speech urged people to “go shopping more” in order to keep “our economy growing.”

Indeed, the business press scarcely completes a report on the US economy without informing us that “consumer spending makes up 70 percent of the economy.”

If the politicians and business media are to be believed, consumption is king. Consumer spending drives the economy.

The laser-like focus on consumer spending as the driver of economic health is largely the result of the government’s premiere measure of the economy: the Gross Domestic Product (GDP).

Significant flaws in how GDP is measured, however, not only make it a misleading indicator, but have led to erroneous conclusions about what makes the economy tick. Such errors lead to extremely costly and damaging public policies.

In short, GDP attempts to measure the total value of finished goods and services produced in the nation in a given period—typically a year.

But does this focus on final goods paint an accurate picture of total economic activity? As any reader of the classic Leonard Read essay “I, Pencil” can attest, the bulk of economic activity lies well beneath the surface of the finished product we see on the store shelves.

Finished products are typically transformed through multiple layers of intermediate stages from their beginnings as raw materials into the finished good. Aiding in the transformation process are capital goods, labor, and complimentary inputs that are required to bring the final product to fruition.

This is where the shortcomings of GDP’s methodology are revealed.

The Fallacy of “Double Counting”

To avoid what economists call “double counting,” GDP does not count money spent by businesses investing in intermediate goods.

In contrast, the flour, wheat, and other ingredients produced and then included in the finished bread are considered to be intermediate goods. As such, money spent by the bakers on these items are not included in GDP. Similarly, the trucking company that delivers the flour to the bakery provides what is considered an intermediate service, so money spent on such transportation is likewise left out of GDP.

The classic explanation for avoiding the “double counting” of intermediate goods in GDP is exemplified by claiming that if the sale of steel were added to Ford’s sales, the steel would be counted twice; once when it was sold to Ford and again when Ford sells the car containing said steel.

Such logic is faulty, however, because it conflates the total value of intermediate goods with their value added to the final sale price of a good.

Returning to the loaf of bread, we can imagine this simple example:

What is included in the sale price is the value added at each phase by the intermediate goods.

It is the value added that comprises final sales price.

Business Investment Spending, Not Consumption, Is the Majority of Spending in the Economy

Once all the spending on intermediate goods is factored in, consumer spending only comes to about 30 percent of the economy.

Economist Mark Skousen has long described the need for a measurement called Gross Output (GO), which captures all economic spending. This measure—finally adopted by the US Department of Commerce in 2014—reveals that the majority of economic activity involves not consumption spending on finished goods, but businesses investing in the production of such goods.

From this we can surmise that consumer spending indeed does not drive the economy.

Increased Consumer Spending Is the Result, Not the Cause, of Economic Growth

Society cannot consume its way to prosperity. Savings provide the necessary resources for businesses to invest in productive activity, and business spending on production is what truly drives the economy.

To further underscore the primacy of investment spending to economic conditions, consider the following data from the Great Recession: according to the 2010 report of the president’s Council of Economic Advisers, private consumption spending dropped by only 2 percent from its peak in the fourth quarter of 2007 to its low point in the second quarter of 2009.

Total private investment spending, however, began its much more significant drop nearly two years earlier. Total private domestic investment reached its high point in the first quarter of 2006 and then fell by roughly 36 percent to its low point in mid-2009.

Relying on the flawed and misleading GDP measure to gauge economic health leads politicians to favor destructive policies aimed at the wrong goals. Politicians focus on initiatives to “stimulate” consumer spending at the expense of savings and investment, which can lead to greater consumer debt and the depletion of the economy’s productive capacity.

A drying-up of the pool of resources needed to fuel productive investment translates to economic stagnation, harming low-skilled people disproportionately because they are often the first to be laid off when the economy turns south.

One of the most widely accepted, and damaging, economic fallacies is the notion that consumer spending drives the economy. The government’s most widely publicized economic measure, GDP, is largely to blame.

To improve our economic conditions, more people need to reject the flawed GDP measure and the damaging conclusions it leads to.