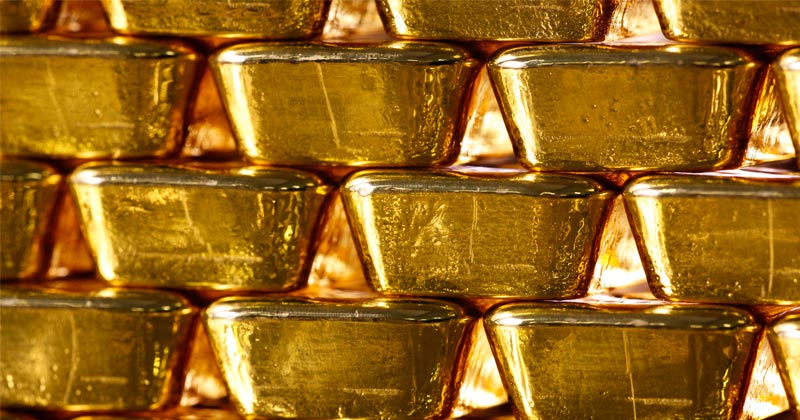 As the gold market continues to deal with global liquidity issues, and virus-lockdown-related disruptions between paper and physical pricing as extremely high physical demand creates shortages, Russia made a surprise announcement on Monday.

Starting April 1, Russia will be suspending its domestic gold purchases:

“Since April 1, 2020, the Bank of Russia has suspended the purchase of gold in the domestic precious metals market.

Further decisions on the purchase of gold will be made depending on the development of the situation in the financial market…” Russia’s central bank said.

Although Russia will not be adding to its gold reserves in the near future, analysts are not expecting the central bank to start selling its gold anytime soon.

So the question is – why is Russia stopping its domestic purchases? We see four main possibilities…

Gold accounts for over 20% of Russian international reserves, which is a high level historically and compared with other central banks.

“The central bank probably doesn’t want to increase gold’s share in reserves, while the size of reserves is falling,” said Tatiana Evdokimova, an analyst at Nordea Bank in Moscow.

This would have a manifold benefit by helping enable increased ownership of physical precious metals around the world, and potentially supporting the case for more de-dollarization.

It would also reduce the huge premiums that are being paid for physical gold (why would they want to pay up for it).

As we have detailed previously, even though there’s literally thousands of tons of gold bars sitting in vaults around the world, it’s been hard to get metal when and where it’s needed, and so premiums for physical bullion is extreme to say the least.

Given the huge physical premiums in precious metals (and a plunge in crude profits for the nation), it would make sense to enable producers to sell into global markets at a sizable profit

“The central bank is now signaling to gold sellers that they should redirect their supplies externally,” said Dmitry Dolgin, ING Bank’s chief economist in Russia. “Global demand seems to be high.”

This seems unlikely, as Bloomberg notes, Russia’s relentless gold buying in recent years has been a key pillar of support for the market, putting a floor under prices as investors ditched safe havens and bought riskier, higher-yielding assets.

The bullion stockpile held by Russia’s central bank is valued at about $120 billion.

So why is Russia ending its domestic purchases when the rest of the world is piling in? Perhaps they see what’s coming and are fully prepared…

What will $120 billion (at current prices) be worth when the dollar dies?