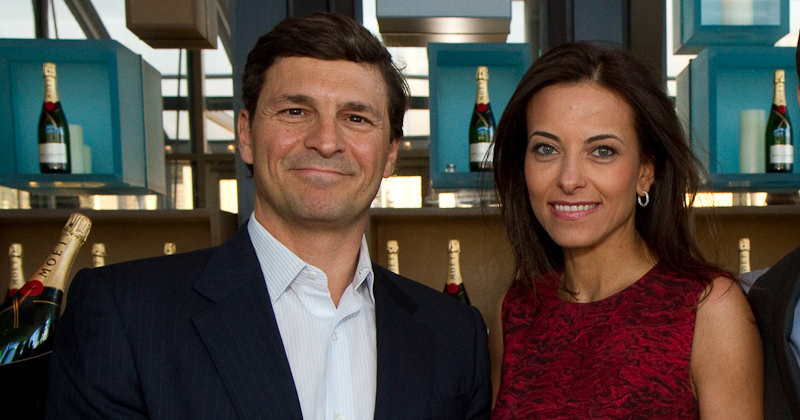 It appears Dina Habib Powell, the George Soros-connected Mata Hari who has burrowed her way into the Trump National Security apparatus, lied how she got this important White House position.

Powell, an intimate of the Bush family who also has strange connections to the Clintons, said that Presidential daughter Ivanka Trump contacted her and recruited her for a White House staff job.

Now we learn that in fact Mika Brzezinski of NBC Morning Joe claims that she is the one who recommended Powell to Ivanka for the plum White House job. Brzezinski is, of course, the daughter of legendary neocon cold warrior Zbigniew Brzezinski who served as President Jimmy Carter’s National Security Advisor.

When this discrepancy surfaced last week, Sean Hannity posted a tweet in which he said if it was true that Mika recommended Dina and Dina lied about it, she should be fired. Then, strangely, Anthony Scaramucci, a good friend of mine and one of the President’s strongest and most loyal supporters, defended Habib Powell in a tweet insisting she was a “good conservative.” With all due respect to my good friend Scaramucci, Habib Powell is nothing of the kind. Curiously, Hannity, correct at the beginning, backed-off.

Inside the White House Habib Powell has already done serious damage. Habib Powell, who did not support Trump’s candidacy squeezed out former UN Spokesman Richard Grenell who did support Trump from the job of Ambassador to NATO. Grenell is one of the President’s most credible and effective supporters. Powell delivered that job to “Never Trumper” Kay Bailey Hutchinson, who was Dina Habbib Powell’s first boss and early patron in the US Senate.

Even more telling is the fact that while Powell was originally hired for a lower-level Trump staff White House position, she was quickly elevated to a higher position as Deputy National Security Advisor working with General H. R. McMaster, another Council on Foreign Relations member who seems bent on hijacking President Donald Trump’s anti-interventionist foreign policy and returning us to the endless wars promoted by the Bushes and Clintons. It was McMaster, you will recall, who urged the president to send 150,000 troops to Syria immediately after he convinced the president to mount a limited air strike on Syria based on the alleged use of chemical weapons by dictator Assad.

By all accounts, Dina Habib Powell, is beautiful, very well educated and spoken, exotic, ambitious and lethal. Despite the fact that she is an alum of the George W. Bush White House, where she served as a cheerleader for the Iraq War and her credentials as a member of the globalist Council on Foreign Relations Habib Powell is now the number two person in the National Security shop in the Trump White House.

Rice seems to have a disproportionate amount of influence in the Trump State Department and it was only recently revealed that appointment of Secretary of State Rex Tillerson was pushed behind the scenes by Rice. Tillerson has been slow to adopt the non-interventionist views of President Trump and has done nothing to cut the taxpayer-funded subsidies to George Soros and his Open Society Institute which is a front for his worldwide effort to undermine and overthrow democratically-elected governments.

Shockingly, when I recently visited Romania and Hungary for discussions with government officials there about the threat of Soros-funded activities posed in those countries, I learned that Soros’ control of the US Embassies in Bucharest and Budapest is total. Why Tillerson has not cleaned out these nests of subversives is troubling.

Dina Habib Powell was able to shed her maiden name by marrying Richard Powell. Richard Powell is the head honcho of Teneo, a Washington lobbying firm used by Bill and Hillary Clinton to rake millions of dollars in payments from foreign governments. Teneo paid Hillary Clinton’s BBF Huma Abedin as a consultant at the same time Abedin was triple-dipping by also getting healthy checks from Hillary’s State Department and the Clinton Foundation. Teneo was also where veteran Trump basher Ed Rollins was perched until he formed a phony pro-Trump Super Pac which raised millions but achieved little. Habib Powell quickly dumped her husband but got to keep his last name, dropping her Egyptian maiden name.

Habib Powell’s background is most interesting. Forty-three-year-old Dina Powell was born in Cairo, Egypt on June 23, 1973. Her family moved to the United States when she was four, settling in Texas. She learned to speak English quickly while continuing to speak fluent Farsi. She attended the Ursuline Academy for Girls in Dallas and later went to the University of Texas-Austin where she earned a bachelor’s degree.

In 2007, she joined Goldman Sachs as a managing director and became a partner in 2010, recently serving as the president for the Goldman Sachs Foundation and Goldman Sachs Impact Investing team working primarily on philanthropic efforts. President Trump was among Goldman’s sharpest critics, blasting the Wall Street bank for making a secret loan to Senator Ted Cruz to finance his campaign as well as paying Hillary Clinton $675,000 for a brief to company executive which the former first lady refused to release a text or recording of. The rise of former Goldman executives like Habib Powell and the president’s Chief Economic Advisor Gary Cohen, a liberal democrat who formerly headed Goldman, is deeply concerning.

Trump’s White House has been leaking since the start and it’s no surprise that Dina Powell has long been considered a leaker. In 1990, Habib Powell got caught leaking negative stories on Ginny Thomas, the wife of Justice Clarence Thomas. Now she and National Security Advisor H. R. McMaster have been pegged by sources at the National Security Council as two of Trump White House’s major leakers!

Powell was in the cabal of Trump advisors that included Cohen as well as presidential son-in-law Jared Kushner that tried to push the president into joining the Paris Global Climate Agreement which would have been contrary to his position during the campaign for president. President Trump, to his credit, rejected this elitist advised. President Trump has surrounded himself with double-crossing double agents who will do him harm.

Let’s hope he wakes up before it is too late.