This article from the Free Beacon about Bernie Sanders being kicked out a “hippie commune” in 1971 reads like something from The Onion.

Bernie, age 30(!) at that point, was like a bad college roommate who preferred late night political discussions to housework and cleaning. And based on uncontested reports of his nonexistent career path, we can safely assume he contributed nothing to the communal finances.

That Bernie Sanders– a shiftless layabout who openly joined socialist and communist groups– can even sniff the US presidency is a testament to American suckerdom and an enduring fetish for collectivism among rich westerners.

But the question of communes is an interesting one for libertarians. Under what conditions, with what people, and for how long can collectivism work? Economics helps explain why communal living (beyond family groups) tends to fail because of bad incentives, but it alone doesn’t explain the political and sociological elements.

Voluntary communal living is not per se impossible, in small homogeneous groups with close-knit identities and deeply shared values. Israeli kibbutzim are one keen example, although most today employ some elements of private property ownership and differing wages for various jobs. Amish and Mennonite communities in the US are another, with the interesting feature of a “rumspringa” period where young people are permitted to sample modern life before deciding to commit to the church and community.

Milton Friedman, writing in Chapter 5 of Free to Choose, had this to say about kibbutz communities in Israel:

Egalitarians in the United States may object that the fewness of communes and their fragility reflect the opprobrium that a predominately “capitalist” society visits on such communes and the resulting discrimination to which they are subjected. That may be true for the United States, but as Robert Nozick has pointed out, there is one country where that is not true, where, on the contrary, egalitarian communes are highly regarded and prized. That country is Israel… Everyone is free to join or leave a kibbutz, and kibbutzim have been viable social organizations. Yet at no time, and certainly not today, have more than about 5 percent of the Jewish population chosen to be members of a kibbutz. That percentage can be regarded as an upper estimate of the fraction of people who would voluntarily choose a system enforcing equality of outcome in preference to a system characterized by inequality, diversity, and opportunity.
Murray Rothbard, critiquing Karl Polanyi’s The Great Transformation, had a typically trenchant view:

“Anyone who wants to can, in a free society, even join a voluntary commune, like Brook Farm or an Israeli kibbutz, and lead as blissfully communistic life as he or she wishes. Since everyone still has the option to do so, since anyone has the option to go off to a desert island or join a commune, why is Polanyi bitter about the market??”
Although US communes enjoyed a resurgence in the 1960s and 70s, their memberships never approached 5% of the population. And their abrupt decline demonstrates that communal living is both hard to sustain and hard to pass on to children.

What must be emphasized is this: in Ron Paul’s America, or Hans Hoppe’s private law society, voluntary “socialist” arrangements would be perfectly allowable and legal. But libertarian communities are never permitted in statist societies.

Libertarianism has nothing to say about private communities except this: force and fraud are not permitted. So thousands or even millions of people could come together in areas like San Francisco and voluntarily create single-payer health schemes, “dues” based on income, free schools, collective child-raising, etc.– the whole panoply of progressive programs.

But the opposite is not true: in Bernie Sanders’s America, libertarians cannot opt out of income taxes, Selective Service, Social Security, Medicare, drug laws, property restrictions, federal regulations, or a host of state and local laws. There are no libertarian communities permitted within the geographical confines of the US.

So while pro-Bernie progressives are free to create their own communities in Ron Paul’s world, Ron Paul libertarians are compelled by force to participate in Bernie’s world. That is the fundamental difference between liberty and socialism, between voluntaryism and collectivism, between statism and private property. Nothing prevents progressives from living as they wish now, except the very things they viciously oppose: decentralization, secession, and local control.

Progressives hate hearing that taxation is theft, that government is force, and that every rule and regulation implies violence for noncompliance. It offends them on a visceral level, because their entire worldview hangs on the myth of social contract. But their currency is violence, and real contracts– in the form of voluntary, private communities– are not allowed. 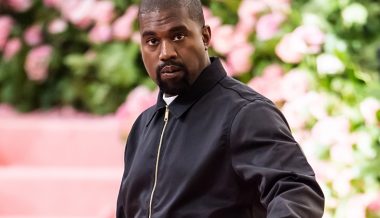