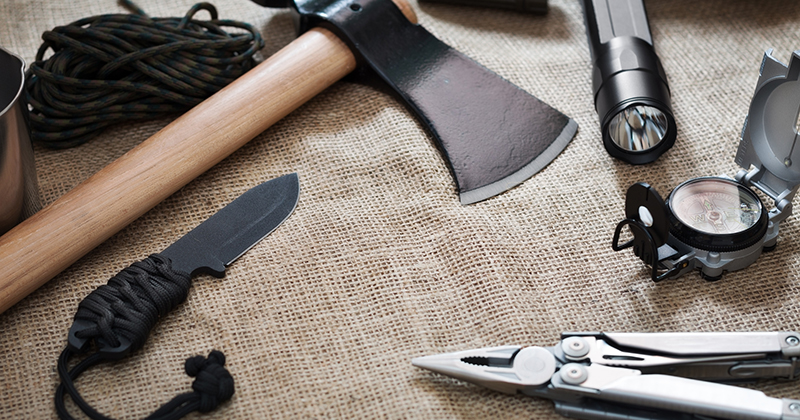 It has been on my heart to write this article for a few days, but I knew that it wouldn’t be easy to write.

2020 has already been one of the worst years in modern U.S. history, and it looks like the next six months are going to be extremely challenging as well.

But even though most Americans are expecting that things will return to “normal” in 2021 and beyond, the truth is that the “perfect storm” that we are witnessing is only in the very early stages.

All of the old cycles are ending, all of the bubbles are bursting, and we are starting to experience the consequences of decades of incredibly foolish decisions.

Owen breaks down how the MSM is ignoring the science that proves face masks are not the solution to COVID.

So even though the remaining months of 2020 will be chaotic, the truth is that things are going to get progressively worse as the years move along.

That means that you should use this period of time to prepare for what is ahead of us, because at some point the window of opportunity to prepare will be closed for good.

COVID-19 should have been a wake up call for all of us.  Lockdowns were implemented very suddenly once the virus started to spread in the U.S., and shortages of key items began to happen.  To this day, many retailers are still limiting the number of items that you can buy in certain categories.  Hopefully this has helped people to understand that if you have not stocked up in advance, you may not be able to go out and get what you need when a major crisis strikes.

During the initial stages of this pandemic, a lot of people ended up being stuck at home without enough supplies.  In the event of a truly historic emergency, you can certainly survive without toilet paper, but if you run out of food you could find yourself in big trouble quite quickly.

The good news is that COVID-19 is not going to kill us all.  About half a million people around the world have died so far, and the final death toll will be a lot lower than the tens of millions that died during the Spanish Flu pandemic of 1918 to 1920.

But if our society was extremely ill-prepared for a pandemic of this nature, what is going to happen when a pandemic that is much more severe hits us?

Scientists assure us that it is just a matter of time before a killer plague sweeps across the planet, and the Bible tells us that there will be “pestilences” in the last days.  If you find yourself isolated at home for an extended period of time as millions of others are dying from a virus, will you be able to survive on what you have already stored up?

If not, you need to get to work.

Big economic problems are ahead as well.  So far in 2020, more than 47 million Americans have filed new claims for unemployment benefits, more than 100,000 businesses have permanently closed their doors, and it is being projected that U.S. GDP will decline by 46.6 percent on an annualized bases during the second quarter.  Those are absolutely disastrous numbers, but so far trillions of dollars of emergency government spending has helped to ease the pain.

But those emergency measures were only meant to get us through a few months, and it is now becoming clear that this new economic depression will be with us for a very long time to come.

Of course deteriorating economic conditions will fuel even more civil unrest.  We have seen rioting, looting, arson and violence in city after city, and much more civil unrest is on the horizon.

If you live in one of our major urban areas, you may want to move while you still can.  Due to a huge surge in demand, property prices in the most desirable small towns and rural areas are already starting to go through the roof.

On top of everything else, food shortages are starting to occur all over the globe.  According to the head of the UN, we are on the verge of seeing “unimaginable devastation and suffering around the world”…

The U.N. chief on Thursday warned the largest gathering of world leaders since the coronavirus pandemic began that it will cause “unimaginable devastation and suffering around the world,” with historic levels of hunger and famine and up to 1.6 billion people unable to earn a living unless action is taken now.

Giant swarms of locusts the size of major cities are devouring crops in Africa, the Middle East and Asia, African Swine Fever has already killed about one-fourth of all the pigs in the entire world, and crazy weather patterns have been playing havoc with crop production all over the planet.

And now on top of everything else COVID-19 is greatly disrupting food distribution systems all over the world.

We have never seen so many severe threats to global food production occur simultaneously, and the Bible clearly tells us that there will be “famine” in the last days.

Meanwhile, a major war could erupt in the Middle East at any moment.  Israeli Prime Minister Benjamin Netanyahu has said that he will begin the process of annexing portions of Judea and Samaria in July, and Israel’s Arab neighbors have promised a very forceful response if that actually happens.

The region has constantly been on the precipice of war for years, and this could potentially be the trigger that finally causes it to happen.

If everything that I have discussed so far wasn’t enough, the planet that we all live on is becoming increasingly unstable.  We have witnessed a number of very alarming earthquakes this week, and a truly catastrophic event could literally happen at any moment.

As my regular readers already know, I am particularly concerned about seismic activity on the west coast and about the potential for a historic earthquake along the New Madrid fault zone.

But even considering everything that I just shared with you, there is no other time in human history that I would have rather been alive than right now.

All of human history has been building up to this point, and we are so fortunate to be living during this moment.

However, it is going to be exceedingly difficult to thrive during the historic events that are ahead if you have not made any preparations for what is coming.

I realize that things may seem very chaotic now, but the truth is that this is your window of opportunity to prepare.

I would take full advantage of that opportunity, because the clock is ticking.