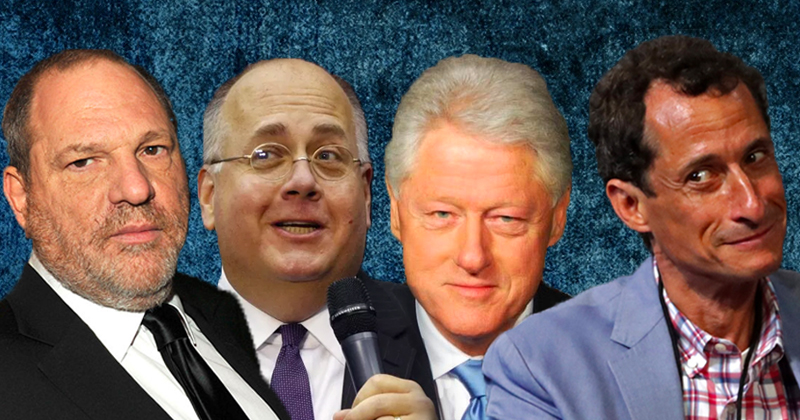 Two-time failed presidential candidate Hillary Clinton is caught up in yet another political mess after reports emerged that she protected a former campaign staffer accused of sexual assault from termination.

News recently surfaced that Clinton had been urged by her 2008 campaign to fire former staffer Burns Strider for alleged sexually inappropriate behavior toward female staff, but Clinton instead shielded him from dismissal and simply docked several weeks of his pay instead.

Are these revelations really that surprising considering Hillary’s past affiliations with several perverts?

Take disgraced Hollywood producer Harvey Weinstein for example. Weinstein had been a political donor of the Clintons and Democrats for years, and when Weinstein’s shocking behavior eventually came to light, Clinton stayed silent on the issue for almost a week.

Finally, let’s not forget that she’s married to former President Bill Clinton, arguably one of the most famous and prolific perverts in American history.

Not only that, but she also actively silenced several of Bill Clinton’s accusers during the course of Bill’s presidency.

“She caught me and took my hand and said, ‘I am so happy to meet you. I want you to know that we appreciate everything you do for Bill,'” recalled Clinton rape accuser Juannita Broaddrick.

“I started to turn away and she held onto my hand and reiterated her phrase—looking less friendly and repeated her statement—’everything you do for Bill.'”

Is it a coincidence Hillary was affiliated with all these perverts, or was she actually their enabler?