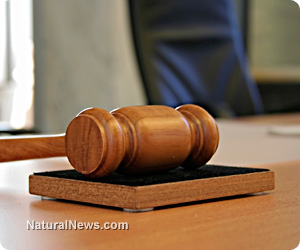 Say you were the CEO of a corporation who had spent years pitching a new product in development. Say you promised that the product would do certain things, would not do other things and would work a certain way.

Say you build a website that would serve as the portal for your new product or service. You pitched that for years too, selling it as a one-stop-shop for customers.

Then, say you rolled these products out and, lo and behold, they didn’t perform as promised. They didn’t do what you said they would do. In fact, in many cases, they did precisely the opposite of what you promised, and customers were harmed financially. They were cheated, in essence. Deprived a product or service and sold something else under a false pretense.

Wouldn’t that be against the law?

Absolutely it would. It’s called fraud, and it is prosecutable on the federal level.

In fact, there is an entire division of the Justice Department that is supposedly dedicated to cases just like this – the Federal Trade Commission, or FTC.

Even more, recently passed “financial reform” legislation created yet another federal bureaucracy, the Consumer Financial Protection Bureau, which is also charged with rooting out and prosecuting such cases of fraud.

Unless, of course, the entity doing the defrauding is the government itself. Enter Obamcare.

As reported by Andrew Stiles over at National Review Online:

Conservatives often argue that the federal government should function more like a private business. Obamacare supporters should be grateful it does not, because otherwise HealthCare.gov would almost certainly run afoul of the Federal Trade Commission (FTC), as well as of the recently established Consumer Financial Protection Bureau (CFPB).

Orson Swindle (no, that is not a made-up name), head of the FTC from 1997 to 2005, told the online magazine that, had Healthcare.gov been a private entity, it would be “taken to the shed and horsewhipped” by government regulators.

Politics aside, this is something the administration – and the president – knew simply was not true [http://investigations.nbcnews.com]. That is most assuredly a classic example of deceptive advertising that is punishable under Section 5 of the Federal Trade Commission Act.

The law bans “unfair or deceptive acts or practice in or affecting commerce.” That includes a “representation, omission or practice that is likely to mislead the consumer,” in such a way that the consumer would be “likely to have chosen differently but for the deception.”

‘No private entity would be able to get away with this’

Also, other practices that could be considered deceptive include an apparently deliberate decision to withhold information from Healthcare.gov site visitors as to the actual prices of the insurance policies offered through the online exchanges called for in Obamacare [http://www.forbes.com]. The fact is that users aren’t even told how much policies will cost until after they create an account, which requires the disclosure of much personal and financial information.

Furthermore, according to a recent CBS News investigation, Healthcare.gov features a pricing gizmo that tends to “dramatically underestimate” the cost of plans. The site’s “shop and browse” feature places users into a pair of broad categories: “49 and under” and “50 or older.”

More on this from National Review:

Price estimates for the first age group are based on what a 27-year-old could expect to pay, whereas… the latter group’s price estimates are based on what a 50-year-old would pay, a practice that inevitably produces wildly misleading results for individuals significantly older than the base age. In some cases, actual premiums are nearly double the projected amount. In the words of one industry expert, the feature is “incredibly misleading for people that are trying to get a sense of what they’re paying.”

FTC regulations call for companies to provide prospective customers with every possible form of info about their products up front, before they purchase said products. But if private-sector companies did what Healthcare.gov is doing, they would face severe consequences, according to Swindle.