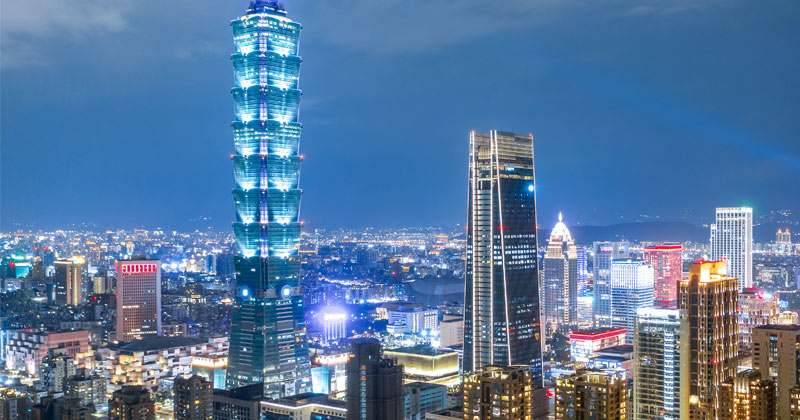 As the Austrian school of economics demonstrates in the calculation theory of socialism, no central planning body has the capacity to organize society based on coercive mandates.

The main reason is that the central planner is unable to obtain all the necessary information to organize society in this way, as information has subjective, creative, dispersed, and tacit qualities. This principle is fully applicable to the containment of a pandemic. Individual responsibility along with transparency of information are crucial to stopping a pandemic. Taiwan makes a very good case for how individualism and voluntary cooperation work effectively in resisting the coronavirus pandemic.

Close to the Chinese Mainland, but Relatively Few People Infected

At the moment in Taiwan, the infection has been completely contained despite being one of the countries with the highest risk of suffering a pandemic, given that the Republic of China (ROC) is very close to the Chinese mainland (the People’s Republic of China (PRC)). Until January there were flights between Taiwan’s capital, Taipei, and the epicenter of Wuhan, China. However, as of March 21 there were only 153 infected at the same time that Europe, far away from the Chinese mainland, has more than ten thousand affected by the coronavirus. However, in Taiwan and other parts of Asia, including Singapore and Hong Kong, no massive mandatory quarantine or containment has been applied so far.

How did Taiwan achieve this?

The first cause of Taiwan’s success is the transparency of information, which stopped the rapid growth of infection. The containment in Taiwan has been carried out with relatively high transparency. As early as December 31 of last year the Ministry of Health and Welfare of Taiwan began to take serious the potential danger of the Wuhan pneumonia, informing citizens every day about the developing trends of the infection and its status. The information provided by the Taiwanese authority also includes whether the infected in Taiwan contracted the illness from overseas input, which helps people take measures to protect themselves in a timely manner. In the constant press conferences, the Taiwanese government provides different options and recommendation that people can choose to adopt voluntarily but are not imposed coercively. The abundant information provided continuously has allowed individuals to make their own informed and balanced decisions under conditions of uncertainty. In contrast, the governments of the European Union countries reacted slowly and as late as February did not provide sufficient information about the potential pandemic, making the situation difficult to handle.

Voluntary Decision-Making and Cooperation among Individuals and Private Sectors

The type of quarantines established by the Taiwanese government are mostly self-quarantines. The Taiwanese government acknowledges that it is crucial to rely on people’s voluntary actions to resist the pandemic. As we have noted above, most cases of contagion in Taiwan come from outside and are almost always detected at the border.Taiwanese people’s voluntary self-protection is effectively suppressing the spread of the coronavirus in their country, and forced quarantines are usually for the most serious cases, for example, the infected Taiwanese evacuated from the Chinese mainland.

One of the problems with the coronavirus has been maintaining a balance between economic activity and containing the infection. In this regard, different from what the southern European countries such as Italy and Spain do, the Taiwanese government’s policy is not to take preventive measures to stop the outbreak by impeding economic activities. Taking the schools as an example, the beginning of the course was delayed for two weeks at first. Currently schools’ policy is to take students, teachers, and workers’ temperatures. If fevers are detected, classes in that school are suspended, but massive class suspensions do not occur. At the same time, online teaching is being encouraged, but is not being forced by the government. In many Taiwanese universities, online teaching is being promoted in order to let those who are not able to attend class in person to take courses. Although it is true that online education as a way to avoid infections has already been adopted in other countries, the peculiarity of Taiwan lies in the fact that it has not been imposed by government order. Not everyone is required to study online or telecommute, but there has been strong encouragement to do so. The government’s transparency of information has also given the Taiwanese enterprises the time they need to voluntarily prepare and adopt teleworking progressively. Other countries instead suddenly shut many businesses down through mandatory government orders, as Spain did on March 13, without giving enterprises and their workers time to prepare for quarantine.

The Taiwanese government is controlling the spread of the infection with flexible policies, which leave much room for individuals to take initiative and make their own decisions. Each individual can take the most appropriate measures for their own situation, having their own incentives to be cautious. Likewise, the fact that the Taiwanese citizens have been warned since the beginning of the infection has created a generalized awareness to make the necessary preparations and has given citizens enough time to assume that they must make changes in their lives in order to avoid being infected.

This flexibility in containment and transparency policies has led to a high degree of individual responsibility. Proof of this is not only in the population’s tendency to wear masks that the Taiwanese population, which can be observed in any means of communication, but also in the adoption of new ways of continuing daily activities so as to avoid contagion. Private sectors have also taken quick actions to protect their clients. Most residential buildings have at least one ethyl alcohol dispenser so that everyone who enters can disinfect his or her hands. For example, ethyl alcohol has been available in Uber cars for several weeks.