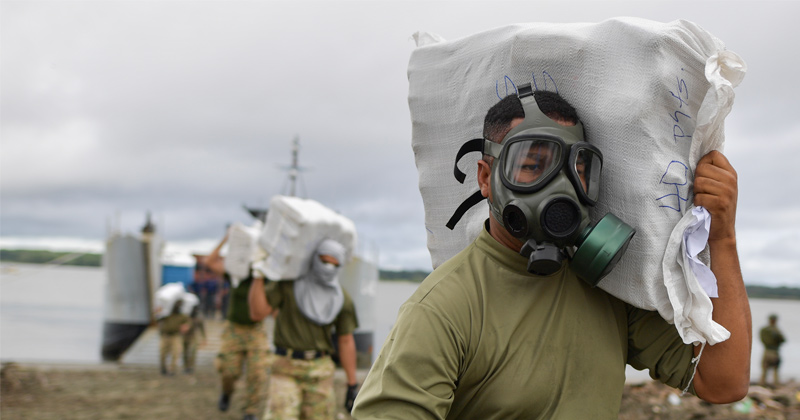 Ever since the beginning of the American state’s so-called war on drugs, there has been a significant increase in drug potency, which resembles the trend that occurred during alcohol prohibition in the twentieth century. However, what causes such trends?

We gain some insight from the Alchian-Allen theorem, which tells us that increases in drug potency occur in response to changes in the cost and incentive structure. Often, this is a result of drug-enforcement legislation.

The third law of demand, known as the Alchian-Allen theorem, states that when the price of two substitute goods is affected by an additional fixed cost, the consumer, assuming that the individual acts on the margin, will opt for the higher-quality good. Again, the key to this trend lies in the fixed cost and looking at relative prices. This theorem, therefore, can, as stated above, explain increases in the potency of drugs.

The example above demonstrates that, on the margin, it is cheaper for Virginia residents to purchase higher quality apples. The key is the fixed transportation cost and looking at relative prices. This theorem can generally be applied to any good; of course, one has to assume that individuals are acting on the margin and thus would expect more benefit (or satisfaction) purchasing the higher quality (or more potent) good.

The Alchian-Allen Theorem and Drug Enforcement

With respect to illegal drugs, which are a consumers’ good, the Alchian-Allen theorem can help one understand why one tends to see increased potency under prohibition. As demonstrated above, the Alchian-Allen theorem applies to any good so long as there is a fixed cost added to its price. Those who purchase illegal drugs face a fixed cost, namely the risk of being arrested, enduring a trial procedure and sentencing, being labeled a felon, etc.

These new risks to the consumer have now added a fixed cost to the drug, which can, of course, be anything from cannabis to narcotics. Because law enforcement has changed the cost and incentive structure for the consumer, on the margin there is now more benefit (or satisfaction) for the consumer in purchasing a higher potency drug. Again, with such changes in cost structure — the result of legislation — why risk getting caught by law enforcement to obtain an inferior, low-potency drug?

Drug consumers are not the only individuals who respond to changes in the cost structure that come about with proscriptive legislation. Drug dealers, too, adjust their actions toward the end of satisfying the wants of consumers — that is, they provide them with higher potency drugs. Given that the consumer, as mentioned above, now faces a fixed cost in risk, the drug dealer now has an incentive to improve the quality of their product, namely its potency. For the consumer, the increase in price that comes with higher potency drugs is now, relatively speaking, cheaper and more worthwhile than purchasing an inferior, low potency drug for less.

Murphy’s Law: Anything That Can Go Wrong Will Go Wrong

One can argue that drug criminalization has good intentions; however, with the help of sound economics, one can see that what may seem like good public policy has horrific outcomes. As has been shown, the Alchian-Allen theorem can be used to analyze the consequences of drug prohibition, namely an increase in drug potency. In addition, history, too, tells one that prohibition leads to harmful consequences, which was seen during alcohol prohibition. Ultimately, politicians that advocate for and favor implementation of drug prohibition cannot escape Murphy’s Law.

What it is the solution? The solution, of course, is to end the war on drugs; it has resulted in a genuine drug epidemic which, ironically, it was intended to end. With legalization of drugs, there would no longer be an incentive to manufacture more-potent drugs.

Also, the sales continue with our Mega Pack sold AT COST during the Extended Christmas Super Sale!