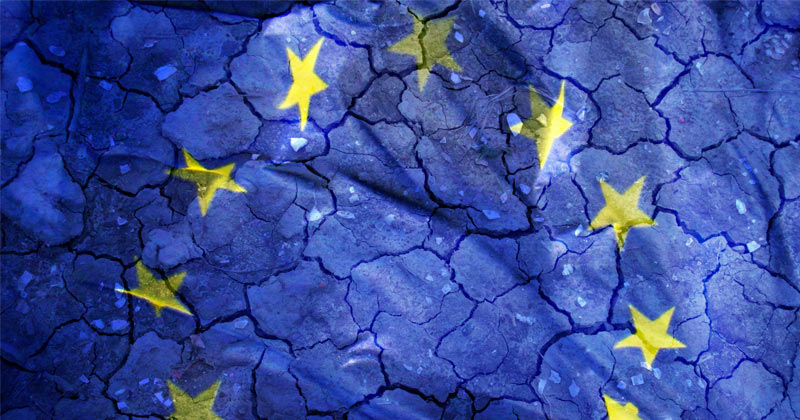 The 2016 Brexit referendum was the culmination of a debate which had been ongoing for years.

While the Leave promoted rhetoric targeting the EU as an illegitimate and despotic entity threatening the freedom of all British citizens, the EU institutions together with politics and media supporting the Remain disregarded most of the concerns raised by the Leave to focus on the pieces which could be easily labeled as either xenophobic or anti-European. It was difficult to find any constructive conversation about the motivations of citizens supporting the leave option. Nevertheless, listening to what the Leave said shows that behind Brexit is a complex of interconnected issues about what the EU has become and what perspectives the EU proposes for the future.

But opposition to the EU has long been about the growing power of the EU bureaucracy over the member states and their populations. During his last speech in front of the EU parliament, UK deputy Nigel Farage summarized his viewpoint by reminding them that the UK had signed an agreement to facilitate business relationships, reciprocity, and exchanges of scientific and technical expertise, all of this to foster collaborations among Europeans. Mr. Farage pointed out that the initial agreements never included the legal framework for the implementation of a bureaucracy made up of unelected technocrats interfering with affairs normally controlled by the states. He also reminded his audience what problems appear and worsen with bureaucracies designed so that a minority of individuals is granted power without accountability.

Brexit in a Nutshell: What Is (Really) at Stake

The EU’s power rests in many ways on its revenue, and this is among the reasons why the EU has so long fought a British exit.

To understand the importance of the UK’s exit from the EU, one should keep in mind that the UK is the fifth-largest economy in the world. With a population of 65 million, the UK represents around 13 percent of the EU’s population while its economy accounts for 18 percent of Europe’s GDP. This makes the UK the second-largest economy of the EU. To put this into perspective, the UK is as rich and powerful as the nineteen weakest economies in the EU combined. This shows that although Brexit is not an easy transition for the UK, it will not be without consequences for the EU.

The EU should feel the economic consequences of Brexit in three stages. In the short term, there is the loss of the British contribution to the community budget. As the contribution of member states to the EU budget is dependent on their GDP, it is understandable that behind Brexit there will be considerable financial consequences. It was sometimes said that the negotiations, from the day after the initial Brexit vote and through their interminable duration, only served to perpetuate the English contributions to the EU budget which should have otherwise been compensated mainly by Germany and France. In the medium term, both parties need to redefine agreements to ensure the continuity of trade and business relationships. Trade talks should continue until December 31, 2020, when it will be known whether the transition period has allowed the two sides to establish strong points of convergence. Finally, in the longer term, the UK having freed itself from all European regulations, there is a good chance of seeing there develop an economic and social model competing with that advocated and imposed by the EU on its members. The UK will be free to conclude trade agreements with new partners and could reach an advantageous agreement with an EU that cannot do without either the British market or its army, whereas with the withdrawal of the British, the military expenditure of Europe is cut by 21 percent.

EU Destiny: From Fostering Collaboration to Empowering a New Form of Continental Statism

In any case, the regulatory power of the EU has grown over time.

Until the Maastricht treaty of 1992, the European Economic Community applied the principle of subsidiarity by confining itself to its areas of exclusive competence. The exclusive powers of the union were the Customs Union; the establishment of the competition rules necessary for the functioning of the internal market; monetary policy for member states whose currency is the euro; the conservation of marine biological resources within the framework of the common fisheries policy; common commercial policy; and the conclusion of international agreements. In terms of barriers to trade, the EU has been beneficial when it has put an end to customs barriers and to repeated devaluations which were a means for companies to avoid the need to make productivity gains. European integration, as it took place up to and including the Single European Act of 1986 (which preceded the 1992 treaty), has made European economies more modern and more competitive.

The EU in its current form is different in the sense that it has “shared competences” with the member states, “competences to support, coordinate or supplement the action of the Member States,” and, finally, “competences to take measures to ensure that member states coordinate their policies.” To the Europe of free trade was added the Europe of standards, regulations, and lobbying. There is no longer any principle of subsidiarity, and the EU can interfere in fields such as culture or social policies. With the extension of its prerogatives, the EU has turned into a bureaucratic organization whose institutional bodies continuously centralize powers. The EU pushes to reduce economic and societal disparities among its members, and this induces conflicting relationships between some European countries and European institutions. The UK often dissented within the EU and argued against EU policies while requesting exemptions. During the debates at the EU parliament, one deputy claimed that the Brexit started when the EU granted exceptions and that it was this that impaired integration under a homogeneous regulatory scheme. Far from questioning this quest for homogenization of the EU political and economic spaces, he asserted that the solution for avoiding such catastrophes was to ensure that no similar treatment would ever be granted in the future.

There remain many defenders of EU institutions, which are seen as guardians of “continental stability.” It is also argued that the EU is a powerful tool that constitutes a system of balances to protect individual rights against encroachment by member states. For the proponents of minimum governance, it would be preferable to decrease the government power at the national level rather than adding a layer of institutions acting at the continental level. The EU might look like a protective entity, but centralized structures are never politically neutral and are not exempt from regulatory overreach or abuses of power. Over time they tend to distance themselves from the viewpoint of the citizens. Technocrats working from within become convinced that they know better and that this justifies intrusions and interference in the business of others.

Although Brexit now appears to be a done deal, the EU bureaucracy may find ways to punish the UK for its independence. Moreover, the EU may use the Brexit experience as a reason to further limit the freedom of member states so as to avoid any future exit by other member states. This represents a sort of bait-and-switch for member states that were sold on membership as an opportunity to join a free trade bloc and a chance to participate in a more cooperative Europe. The reality today is something much different.