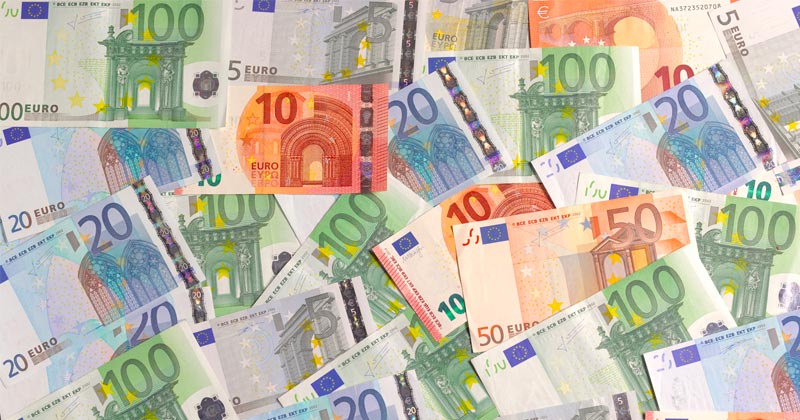 The €750 billion stimulus plan announced by the European Commission has been greeted by many macroeconomic analysts and investment banks with euphoria.

However, we must be cautious. Why? Many would argue that a swift and decisive response to the crisis with an injection of liquidity that avoids a financial collapse and a strong fiscal impulse that cements the recovery are overwhelmingly positive measures. But history and experience tell us that the risk of disappointment regarding the positive impact on the real economy is not small.

The history of stimulus plans in the eurozone should alert us against excessive optimism.

As you may remember, the European Union launched in July 2009 an ambitious project for growth and employment called the “European Economic Recovery Plan.” A stimulus of 1.5 percent of GDP to create “millions of jobs in infrastructure, civil works, interconnections, and strategic sectors.” Europe was going to emerge from the crisis stronger than the United States thanks to the Keynesian impulse of public spending. However, 4.5 million jobs were destroyed and the deficit almost doubled while the economy stagnated. This was after the balance sheet of the European Central Bank had doubled between 2001 and 2008. That enormous plan not only did not help the eurozone get out of the crisis stronger, but we can debate whether it prolonged it, as by 2019 there were still signs of evident weakness. The tax increases and obstacles to private activity that accompanied this large package of expenses delayed the recovery, which in any case was slower than those of comparable economies.

We must also dismantle the idea that the European Central Bank did not support the economy in the 2008 crisis: two huge sovereign bond buyback programs with Trichet as president of the European Central Bank, rate cuts from 4.25 percent to 1 percent since 2008, and purchases of more than €115 billion in sovereign bonds. At the end of 2011, the ECB was the largest holder of Spanish debt while it was accused of inaction.

During all this time, the ECB’s balance was greater than that of the Federal Reserve with respect to GDP, and in May 2020 it stands at 44 percent of GDP compared to the Fed’s 30 percent.

Stimuli have never stopped in the eurozone. An additional ECB buyback plan in addition to the targeted longer-term refinancing operations (TLTRO) liquidity programs with Draghi brought sovereign bonds to their lowest yields in history and the ECB bought almost 20 percent of the main states’ total debt. This was such an excessive balance sheet expansion plan that at the end of May 2020 excess liquidity in the ECB was €2.1 trillion. Excess liquidity was barely €125 billion when the so-called 2014 stimulus plan was launched.

No one can deny that these enormous plans’ impact on growth, productivity, and employment has been more than disappointing. Except for a brief period of euphoria in 2017, downward revisions to eurozone growth have been constant, culminating with France and Italy in stagnation, Germany on the brink of recession, and a significant slowdown in Spain in the fourth quarter of 2019. The excuses of Brexit and the trade war did not disguise the fact that the economic result of the stimulus was already more than poor.

We have another important example for caution. The so-called Juncker Plan, or “Investment Plan for Europe,” considered the solution to the European Union’s lack of growth, also had an extremely poor result. It mobilized €360 billion, many for projects with no real economic return or effect on growth. Estimates of growth in the eurozone fell sharply, productivity growth stagnated, and industrial production fell in December 2019 to the lowest level in years.

We must also be cautious with the green plans. We cannot forget that a very important part of the European Union’s “green” plan attacks demand via tax increases and protectionist measures such as a border tax on countries that have not signed the Paris Agreement (but not to those that do not comply, which face no risk). This limits the potential for recovery and increases the possibility of an additional trade war.

We cannot ignore the negative impact on industry and employment of the massive “green” policy plans of the euro area of ​​2004–18, which caused the EU countries to suffer household electricity and natural gas bills twice as in the USA while growth stalled.

What is the problem with European stimulus plans compared to those of the United States? The first and most important is that they come from directed economy central planning. These are plans with a very strong component of political decisions about where and how they are invested. Political planning is an essential part of these stimuli, and as such they generate poor growth and weak results. Thus, one of the big problems is that sectors that are already suffering from overcapacity are being “stimulated,” or a false demand signal is being generated via subsidies, which then generates working capital problems and an alarming increase in the number of zombie companies. According to the Bank of International Settlements, the number of zombie companies in Europe has exploded amid stimulus plans. The past is bailed out and the economy is zombified.

Another big problem is that the wrong sectors are stimulated while thousands of small companies that have no access to credit or political favor die. It is not a coincidence that the eurozone destroys more innovative companies or prevents them from growing when regulation forces 80 percent of the real economy to be financed through the banking channel (while in the US it does not reach 30 percent). Can you imagine an Apple or Netflix growing via bank loans? Impossible.

Another big problem is the obsession with redistribution. By fiscally penalizing high-productivity sectors and subsidizing low-productivity industries, while keeping public spending above 40 percent of GDP at any cost through higher taxes, the European Union incurs a huge malinvestment risk. It is no coincidence that Europe does not have technological champions. It scares them off by perpetuating the obsolete national champions and penalizing merit remuneration and alternative investment via taxation.

Nothing we just discussed changes in the newly announced plan package. It is the same, but much larger. And we cannot believe that this time will be different. Although they tell us about green plans, the vast majority of the bailouts will go to aluminum and steel, autos, airlines, and refineries. Meanwhile, a huge tax increase in savings and investment may further drown startups, investment in research and development, and innovative companies.

The European Union’s problem has never been a lack of stimuli, but rather an excess of these. The European Union has chained one state stimulus plan after another since its inception. This crisis needed a strong boost to merit, innovation, private capital, and entrepreneurship with supply measures. I am afraid that, again, it has been decided to bail out everything from the past and let the future die.