There is a dangerous person running for President in 2012, and his name is Baritt Obamney. I normally try not to attack specific candidates for political office, but Baritt Obamney is so offensive to American sensibilities that I had to share this warning with my fellow Americans. In 2012, we must vote against Obamney for President. 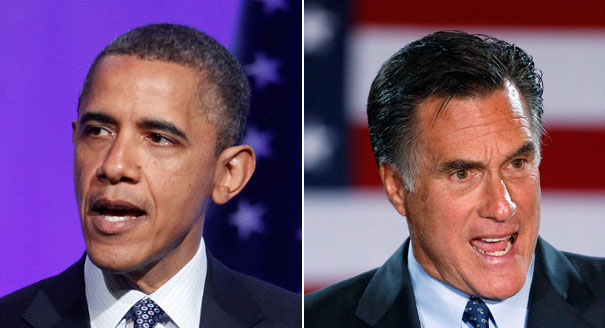 And why? Because here is what Obamney believes in, based on his actions and voting record:

• Big, bigger and even BIGGER government! The bigger the government, the better.

• GMOs: Obamney is a huge supporter of Monsanto and the biotech industry that produces genetically modified seeds. He wants all Americans to eat foods laced with pesticides grown by the crops themselves! This is all part of the mass poisoning plan to keep America sick and incapable of resisting tyranny.

• Trillion-dollar banker bailouts! Obamney was put into power by the Goldman Sachs banking elite, of course, and he wants to keep handing over trillions of dollars to his master while driving the average hard-working American into total debt slavery.

• Continued government raids on raw milk farmers and food distribution centers: Obamney is an enemy of food freedom and farm freedom, and he can’t wait to use the power of the federal government to imprison a few more Amish dairy farmers.

• Socialized medicine: Obamney believes in taking away free choice, putting in place a Big Pharma monopoly over health care, and forcing Americans to buy health insurance even if they don’t want it! This traps everyone in a system of broken medicine that doesn’t even promote wellness.

• Endless wars: Obamney is a huge fan of keeping America involved in endless wars, even if it means fabricating a fictional enemy concept — “terrorism” — to justify it. The military industrial complex, after all, pulls Obamney’s strings.

• Vaccines: Obamney is a staunch advocate of endless vaccinations for the entire population. It’s part of his strategy to inject cancer-causing stealth viruses into the population at large (http://www.naturalnews.com/033584_Dr_Maurice_Hilleman_SV40.html), thereby keeping America diseased and medically enslaved.

• Gun confiscation: Obamney is a huge fan of gun confiscation, because the worst thing for a corrupt government is for citizens to have their own individual power. That’s why Obamney wants to criminalize private gun ownership and concentrate firepower in the hands of the government’s most corrupt “loose cannon” departments: ATF, DEA and soon even the TSA. It’s so much easier to terrorize and oppress the population when they can’t shoot back.

• Runaway national debt leading to financial collapse: Perhaps the worst thing about Obamney is that he wants to keep spending America into financial ruin. This is actually being done by design so that his bankster masters can then buy up all the assets at pennies on the dollar, leaving American small business owners and wage workers living in abject poverty.

Now, I’m not sure which gang Obamney has joined: Is it the DemoCRIPS, or is it the ReBLOODlicans?

That’s the name of Gov. Jesse Ventura’s new book that exposes the total gang-style criminality of our current two-party system. Check it out at:

Whatever the case, it’s certain that Obamney isn’t a member of the Libertarian party, nor even the Green party, nor any party that advocates government serving the People rather than ruling over them.

Come to think of it, I think Obamney may be a member of the worst political party of all… the most destructive, corrupt, demented, suffocating and stupifying party that has ever come into existence: The Republicrats.