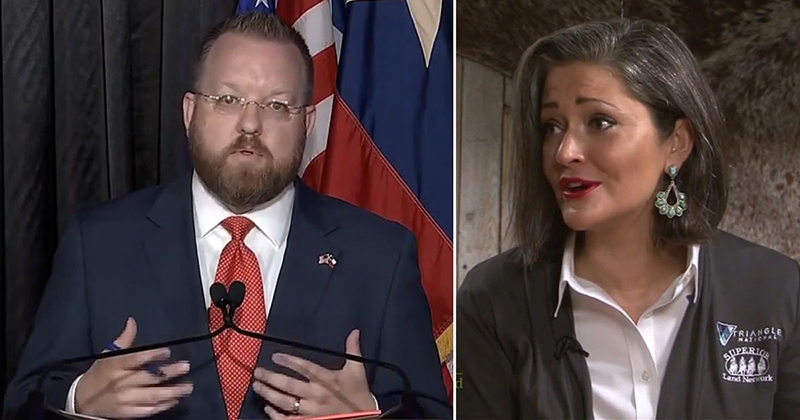 The wife of former lobbyist Josh Winegarner, a Republican who is running for the United States House of Representatives in Texas’s 13th district, donated to the campaign of former Arkansas Sen. Blanche Lincoln, an Obama-era Democrat who now runs a lobbying firm that offers services to pharmaceutical companies who are “impacted” by the Trump administration’s attempts to “address drug pricing and surprise medical bills.”

According to FEC documents, Jenni Winegarner donated to the Lincoln campaign in the 2010 midterm election,  on July 20, 2010, after Blanche had already secured victory in the primary. At the time, Jenni worked as a Political Director for former Texas Republican Rep. Mac Thornberry.

After being voted out of Congress during the later years of the Obama administration, Lincoln created the Lincoln Policy Group, a lobbying firm that specializes in healthcare, and also offers services assisting in agriculture, trade, telecommunications, taxes, energy, and environmental policy, as well as public relations.

Among other healthcare services, Lincoln Policy Group offers their expertise to pharmaceutical and healthcare “clients impacted by efforts to address drug pricing and surprise medical bills.” Lincoln’s firm specializes in “designing legislative advocacy strategies” and is capable of organizing meetings between pharmaceutical representatives and sitting members of Congress, as it “coordinates and attends meetings on Capitol Hill, including clients ‘fly-ins.’

The Lincoln Policy Group website also boasts that, during her time in the House of Representatives, Lincoln “served on the Energy & Commerce Committee during the development of the landmark 1996 Telecommunications Act,” which has come under increasing fire from President Donald Trump and Republicans.

President Trump signed an executive order targeting big tech’s liability immunity, afforded to them in part by Lincoln, after Twitter censored one of the president’s tweets that called into question the reliability of mail-in voting.

It is unclear if Jenni Winegarner or Josh Winegarner had any relationship with Lincoln in 2010 or the intervening years.

President Trump recently endorsed Winegarner’s primary opponent, Ronny Jackson, and is scheduled to appear in a town hall with Jackson on Monday, July 13.

“Admiral Ronny Jackson is a very successful doctor and Navy veteran running for Congress in #TX13,” wrote President Trump. “Ronny has my Complete and Total Endorsement! Vote for Ronny!’

Admiral Ronny Jackson (@RonnyJackson4TX) is a very successful doctor and Navy Veteran running for Congress in #TX13. Strong on Crime, the Border and Agriculture — and he loves our Vets! Ronny has my Complete and Total Endorsement! Vote for Ronny! https://t.co/u4z8ZxbeNh

The primary election date is set for the following day, Tuesday, July 14, and the race is expected to be a close contest between Jackson and Winegarner.