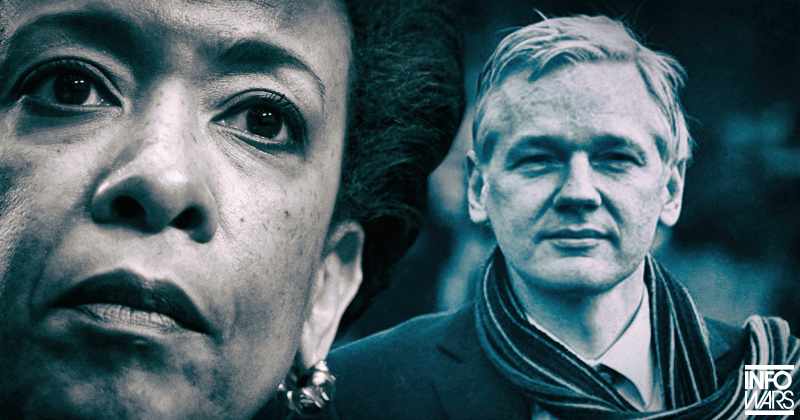 In a letter to U.S. Attorney General Loretta Lynch Tuesday lawyers representing WikiLeaks argued that the case against their client should be dropped in light of the “Clinton precedent.”

Barry J. Pollack, a member of the Washington D.C. based Miller & Chevalier law firm, argued that the ongoing investigation into Assange and WikiLeaks, first announced by the DOJ in 2010, not only violates rules designed to protect news organizations but should be outright dropped in light of Clinton’s email case.

“The Department publicly announced it was closing its criminal investigation of the handling of classified information by Hillary Clinton,” the letter states. “The Department did so the day after FBI Director Comey recommended against prosecution, stating that ‘no reasonable prosecutor’ would pursue the case.”

WikiLeaks and Assange – who has been held up in the Ecuadorian embassy in London for exactly 4 years now – have not demonstrated “criminal intent” during “newsgathering and reporting activities,” Pollack argues.

“In his statement, and in subsequent testimony before Congress, Director Comey made it clear his conclusion was based on the necessity of proving criminal intent,” the letter continues. “Director Comey noted that responsible prosecutors consider the context of a person’s actions.”

“Criminal prosecution is appropriate only when a person was knowingly violating the law and was intending to aid enemies of the United States or was attempting to obstruct justice.”

Pollack adds that WikiLeaks’ intentions have been rooted in the belief that its content is “newsworthy,” proven by widespread and “extensive third-party media coverage.”

“The pending criminal investigation of Mr. Assange is plainly based on his newsgathering and reporting activities,” the letter reads. “WikiLeaks has published information out of a single overriding motivation: its belief that the information being published is newsworthy.”

“The extensive third-party media coverage of information published by WikiLeaks confirms that WikiLeaks’ assessment in this regard was correct. WikiLeaks’ intent was lawful. It was not to aid enemies of the United States or to obstruct justice; it was to inform the public about matters of great public interest.”

WikiLeaks is not the first to test the newly-established “Clinton precedent.”

A Navy sailor facing more than six years in prison for mishandling classified material attempted to cite the Clinton defense as well and was denied Tuesday by federal prosecutors.