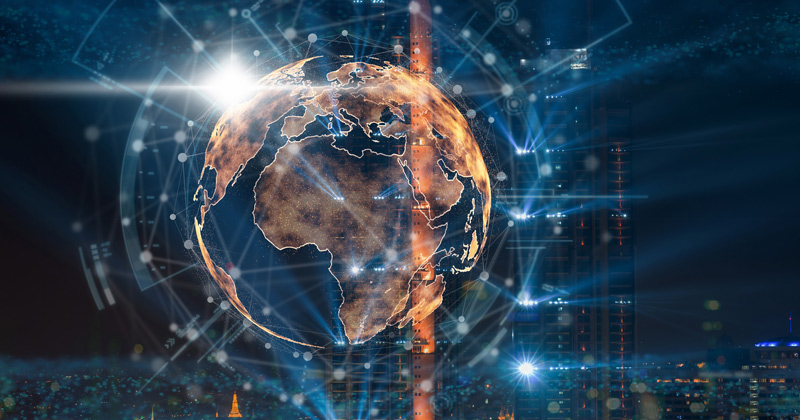 An ex-founder of the website Wikipedia is embarking on the creation of a global knowledge database he says will benefit humanity far more than the so-called “free encyclopedia.”

For years, Wikipedia – which fancies itself an online encyclopedia “that anyone can edit” – has acted as a gatekeeping tool and propaganda arm of the corporate establishment.

Its entries are served up to millions as knowledge databases for corporations like Google and Apple, yet contrary to their motto they are actually tightly controlled, and edits must be approved by moderators who often let corporate bias influence their decisions.

Now engineer Larry Sanger, whose work led to the creation of Wikipedia, says the platform’s grown far too compartmentalized for its own good, and is introducing a new tool to decentralize that control.

“Wikipedia is great, right? My name is Larry Sanger. I started it, and I don’t think so,” Sanger says in a new video introducing the “Encyclosphere.”

“They have all become openly hostile to views unapproved by the establishment,” Sanger says. “Let’s fix this.”

The Encyclosphere essentially builds off the Wikipedia model, but it seeks to be a global open-source effort everyone can help contribute to.

“There needs to be a decentralized encyclopedia network, a nonprofit knowledge commons, that supports multiple, competing articles on all topics,” Sanger envisioned in a tweet last month.

I’m ex-founder of Wikipedia. There needs to be a decentralized encyclopedia network, a nonprofit knowledge commons, that supports multiple, competing articles on all topics. We’re hard at work organizing it and will have an announcement on Oct. 18. Follow us: @ks_found

“We need a free giant global knowledge commons without any central control,” his video states.

According to Sanger, the Encyclosphere will be a massive repository of encyclopedias and knowledge which will be available to all.

“All the encyclopedias in the world will be in this system including small and new ones,” Sanger says.

Data could be presented to users through Encyclosphere reading apps and devices, which Sanger predicts will spur competition among developers.

The global network of knowledge will be rated by top experts, Sanger says, and could be custom-tailored to users with categories which sort indexes by nationality, religious, or political views.

All in all, the Encyclosphere looks to be a bigger, better, and more free version of Wikipedia. 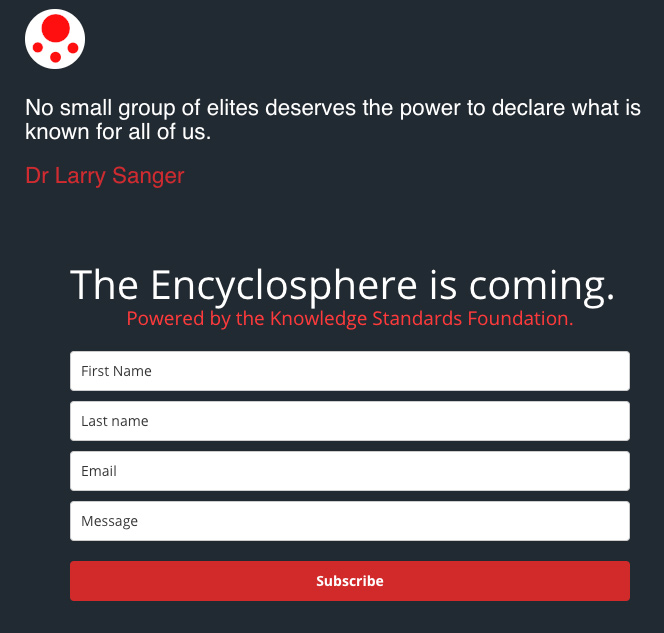 “Ultimately there would be a massive knowledge competition to best express human knowledge on every topic and from every point of view,” Sanger described in a speech last month.

“No small group of elites deserves the power to declare what is known for all of us,” a quote from Sanger reads, at the url encyclosphere.org, which the site notes is “coming soon.”

While the database won’t adhere to traditional editorial standards, there will be a set of core principles contributors will have to adhere to, which include a dedication to free speech, decentralization and openness.

For now, Sanger is heading up the non-profit Knowledge Standards Foundation, after leaving his position as CIO of the website Everipedia, which aims to help the Encyclosphere get off the ground.

In the end, Sanger hopes to topple the monopoly on knowledge held by the Big Tech elite.

“By building the Encyclosphere,” he says, “we, all of us little people, can, in a decentralized and democratic system, do an end run around giants like Google and Wikipedia.”