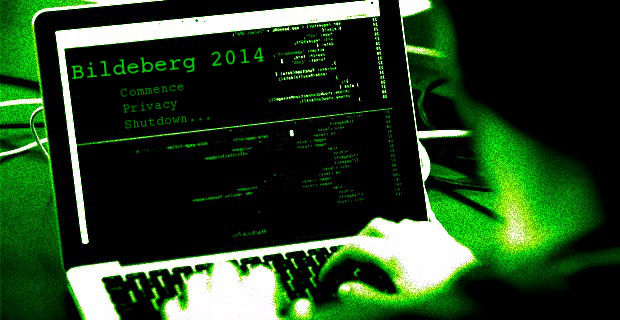 The presence of several key figures at the 2014 Bilderberg Conference in Copenhagen, Denmark indicates that the future of privacy worldwide is in dire straights.

According to the Bilderberg Group’s official press release, members discussed several key topics this weekend while also asking the question, “Does privacy exist?” Given the fact that the architects of the modern surveillance state were among the attendees, the real question is, will Bilderberg end privacy as we know it?

Keith Alexander, know for his motto “Collect it All,” is arguably the most brazen director to reside over the National Security Agency. Overseeing some of the agency’s most controversial domestic spying programs, Alexander’s total disregard for the Fourth Amendment has been bemoaned by countless people within the intelligence community.

“Alexander tended to be a bit of a cowboy: ‘Let’s not worry about the law. Let’s just figure out how to get the job done,'” a former intelligence official told Foreign Policy in 2013.

Despite his clear disregard for Constitutional law, Alexander repeatedly lied to media when confronted about his tenure with the agency. When asked if he had witnessed any illegal acts during an April interview with the Daily Show, Alexander strangely denied seeing any wrongdoing while admitting that multiple NSA employees had been engaged in unlawful activity.

“In my time, no. Not that I know of. You know, one of the most impressive things that I’ve seen in my career was people who made a mistake, that could be a huge mistake, stepping up to say ‘I made a mistake,’” Alexander said. “And in every case, to my knowledge, everyone but 12 individuals stepped forward at the time they made those mistakes.”

In fact, top-secret documents leaked by NSA whistleblower Edward Snowden revealed that the agency had “broken privacy rules or overstepped its legal authority thousands of times each year since Congress granted the agency broad new powers in 2008.”

Under the watch of Alexander, the agency also began using new collection methods in secret for months until the Foreign Intelligence Surveillance Court ruled them unconstitutional. Alexanders attendance at the Bilderberg Conference reveals that the group is clearly more interested in protecting their own privacy than that of the American people.

David Petraeus, pictured above jogging outside this year’s conference, has publicly rejoiced over the increase in household devices that connect to the internet, noting that the rise of the “Internet of Things” has allowed the CIA to spy in ways once thought unimaginable.

During a speech at a 2012 summit for In-Q-Tel, the CIA’s venture capital firm, Petraeus enthusiastically remarked on the ability to spy on targets through different home appliances.

“Transformational is an overused word, but I do believe it properly applies to these technologies, particularly to their effect on clandestine tradecraft,” Petraeus said. “Items of interest will be located, identified, monitored, and remotely controlled through technologies such as radio-frequency identification, sensor networks, tiny embedded servers, and energy harvesters — all connected to the next-generation internet using abundant, low-cost, and high-power computing.”

With the emergence of “smart meters,” which tie into the larger smart grid, all internet-connected appliances can be monitored remotely. In a 2012 study, researchers in Germany analyzed several smart meters and found that the devices transmitted unencrypted data, giving researchers incredibly detailed information which even included what was being watched on TV. Such information will undoubtedly be siphoned into the servers of intelligence agencies, allowing them to map every aspect of an individual’s or family’s life.

With dishwashers, refrigerators and ovens now being released with built-in WiFi, the ability of the intelligence communtity to surveil or hack any private home is quickly approaching. Infowars detailed the attendance of Petraeus at the 2013 Bilderberg Conference in Watford, United Kingdom as well, where the group discussed, “How big data is changing almost everything.”

Google CEO Eric Schmidt, pictured above eating lunch outside this year’s meeting, is a frequent attendee of Bilderberg. Schmidt has regularly commented on his belief that privacy is an archaic concept, proving that Bilderberg’s concern over privacy has to do with the fact that it hasn’t been completely eviscerated yet.

“We don’t need you to type at all. We know where you are. We know where you’ve been. We can more or less know what you’re thinking about,” Schmidt said in 2010. “We know everything you’re doing and the government can track you. We will know your position down to the foot and down to the inch over time.”

Google’s near information monopoly has allowed the corporation to vastly expand it’s anti-privacy viewpoint into multiple aspects of everyday life. Just last January, a whistleblower revealed that Google’s Chrome browser was able to record conversations without the user’s knowledge. The whistleblower went public after Google ignored the “bug” for more than four months.

Google’s engineering director announced last year that the company hoped to convince people to put microphones in their ceilings to allow easier access to the Google search engine. Similar to the Chrome browser, the microphones would undoubtedly record on a continual basis, allowing the data to be handed over to different intelligence agencies who have a classified relationship with the company.

Google’s disdain for privacy is not only apparent in light of the company’s participation in the PRISM program, but also in their email policy. Last August, Google’s 425 million Gmail users learned that their emails were anything but private when a consumer watchdog revealed that the company was scanning every email in order to target ads toward users.

Schmidt has also called for a Chinese-style internet ID system that would all governments to bring internet surveillance to a whole new level.

““We need a [verified] name service for people,” Schmidt said. “Governments will demand it.”

Sources revealed to Infowars last year that Google has begun a literal merger with the Bilderberg group, solidifying the companies role as the most powerful private surveillance apparatus.

“Privacy is under attack from all directions. From the perspective of the little guy (average person), it us under attack by a rogue NSA, by foreign powers (especially Russia and China), by business (profiling habits), by FBI, DEA, hackers – the list goes on,” Wiebe said. “[The NSA] has operated outside the Constitution for some 60% of the time it has existed. And with it, the Fourth Amendment is being shredded. NSA says it’s legal, yet no one asked the Supreme Court if those ‘laws’ are Constitutional and no one asked “the People.”

“At the same time, we have a Congress charged to do oversight, but does not do it and does not want to do it. In other words, Congress is abrogating its responsibilities. The U.S. Government is also after everyone’s health and financial data. There really is nothing left that is private.”

Fortunately, according to certain NSA leaks, properly implemented encryption is one of the few tools left to safeguard information. If Bilderberg’s technocratic members have their way, privacy will be a thing of the past.