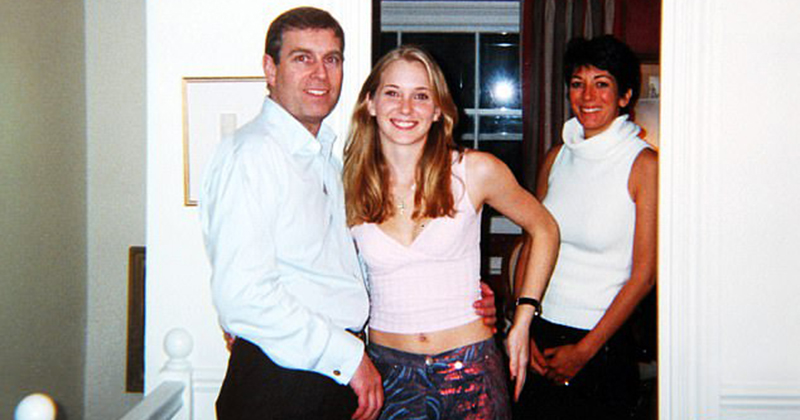 Ghislaine Maxwell was last night reported to be ready to co-operate with the American authorities in their ongoing investigation into Prince Andrew’s late friend Jeffrey Epstein.

The socialite daughter of the disgraced late media tycoon Robert Maxwell has been accused of recruiting underage girls for the financier Epstein, her benefactor and sometime boyfriend.

She has even been described as the ‘madam of the house’ by a former housekeeper at Epstein’s mansion in Palm Beach, Florida. Hitherto, she has always emphatically denied misconduct.

Virginia Roberts, Epstein’s former ‘sex slave’ who claims she was loaned out to Prince Andrew, alleged in a a document newly released by a US court that Miss Maxwell took part in sex sessions as well.

Alex Jones discusses Epstein’s death and where it goes from here.

Thomas Volscho, an associate professor of sociology at the City University of New York who is writing a book about the Epstein case, said that Miss Maxwell was now ‘target number one’ for prosecutors.

‘They are going to want to hold somebody to account and there is going to be enormous pressure on Maxwell as she has been accused of being heavily involved with Epstein,’ he said. ‘I would imagine she is petrified’.

The suggestion that Miss Maxwell, 58, will assist the criminal case presents a further dramatic twist in a story which threatens to do yet more damage to the Royal Family’s public image.

It was Prince Andrew’s ex-wife, Sarah, who first introduced him to ‘Good Time Ghislaine’, as her friends called her.