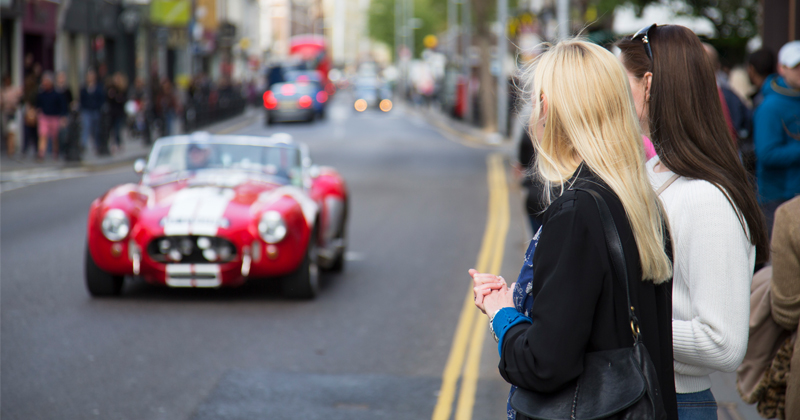 Luxury assets of the ultra-wealthy, if that were expensive wine, fancy diamonds, and rare antique cars all had a down year as the stock market ramped to new highs, reported The Wall Street Journal.

In the last decade, luxury assets performed exceptionally well as central bankers handed out free money to the elite class to hoard assets of their liking. And naturally, these people, with exceptional taste, bought things that the common man has only seen on television.

Now, these luxury assets are underperforming – have been for the last several years – and is a symptom of late-cycle distress.

“The froth has gone out of the market. People have realized you can’t just buy stuff and expect the value to go up,” said Andrew Shirley, a partner at Knight Frank and editor of the group’s Wealth Report.

The Journal blames the underperformance on the global slowdown and the lack of Asian demand. Chinese buyers account for 33% of global luxury goods sales.

“There is a lot of uncertainty in Chinese markets and the riots in Hong Kong didn’t make it easy for people to come spend money in Hong Kong,” said Eden Rachminov, chairman of the board at the Fancy Color Research Foundation.

Colored diamonds in 2019 lost about 1% in the first three quarters.

Fine wine was also another losing asset through Nov., lost 3.6%, according to the Liv-ex 1000 index.

And the biggest loser on the year were classic cars, lost 5.6%, according to Historic Automobile Group International’s (HAGI) Top Index.

HAGI founder Dietrich Hatlapa said the classic car market has been cooling following a massive rise in price after the 2008-09 financial crisis. He said classic car prices saw double-digit gains after the recession, rallying 50% Y/Y through 2013. “We are at the tail-end of a big bull market,” Hatlapa warned.

What’s becoming evident is that ‘Not QE’ and other monetary gimmicks deployed by central banks are failing to raise asset prices of some luxury goods in 2019. Perhaps the world is stumbling into a period where toolkits of central banks are becoming less responsive to stimulate asset price inflation, and if that is the case, then everyone will figure out that prices of luxury goods have been hyperinflated over the last decade with nothing but hot air.

WARNING! The Vaccines Are A Trojan Horse