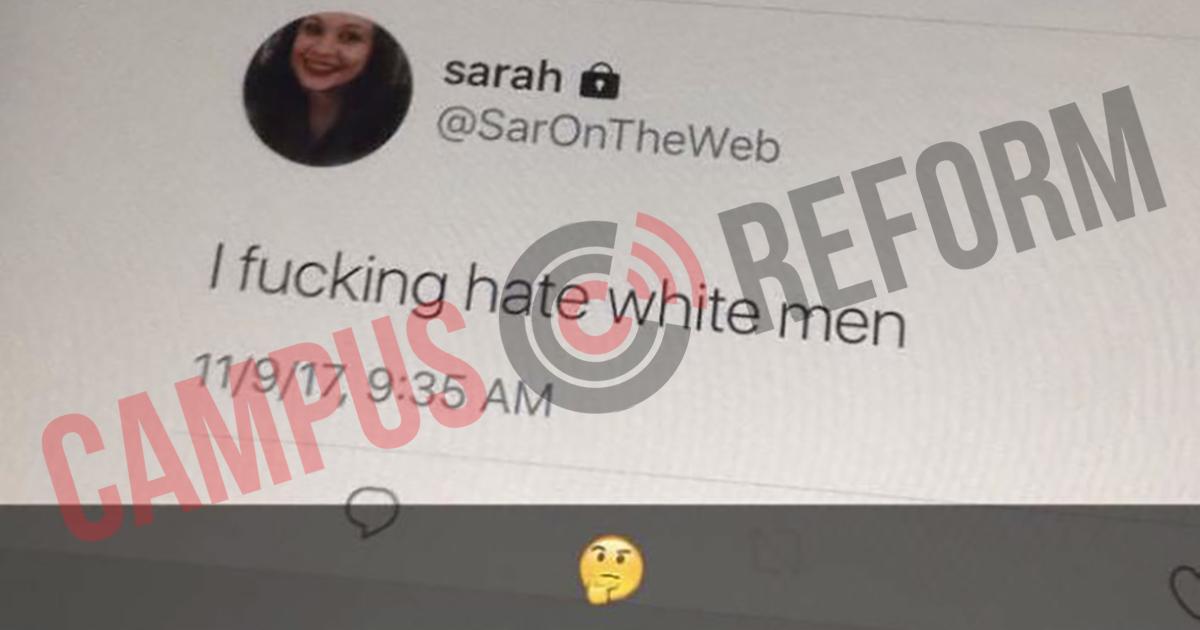 The Wisconsin College Democrats Vice Chair lashed out against “white men” last week, tweeting that she feels emphatic hatred toward the demographic.

According to the images obtained by Campus Reform, Sarah Semrad, a junior at the University of Wisconsin-La Crosse, allegedly wrote that “I f***ing hate white men” in a tweet on Thursday.

Semrad’s recent tweet is not the only controversial statement made by the Wisconsin College Democrats Vice Chair in recent weeks. Another image of her Twitter profile obtained by Campus Reform appears to show Semrad admitting to “tearing down all the pro life Christian pregnancy resource center fliers” that were posted on campus.

“My new bit is tearing down all the pro life Christian pregnancy resource center fliers that they put up around campus to try & trick people,” Semrad allegedly tweeted in October. 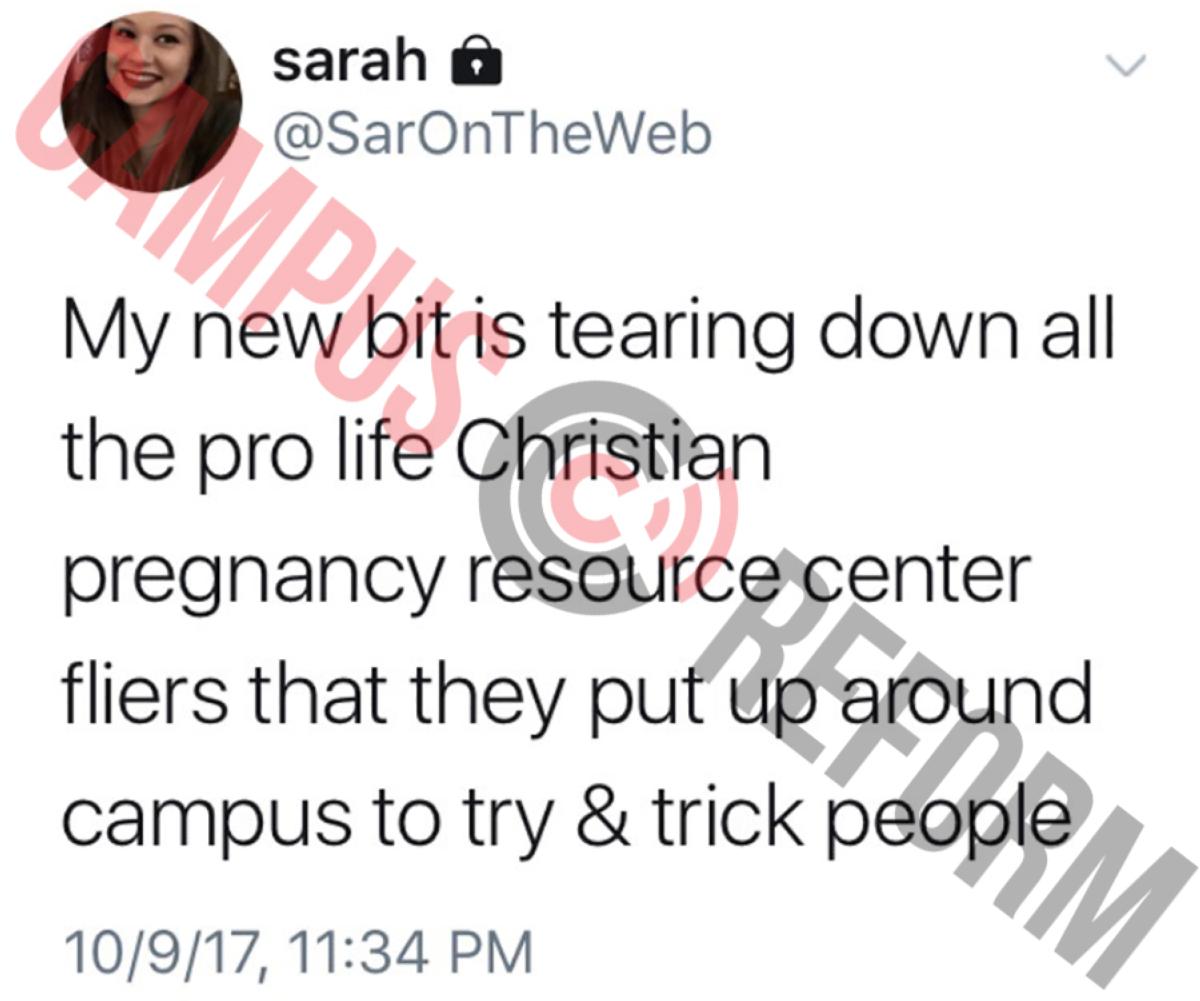 According to her bio posted on the College Democrats of Wisconsin website, Semrad says she is a Democrat “because I believe in strong public schools for all [students] across Wisconsin.”

“I believe everyone, regardless of race, age, religion, or gender deserves the equal opportunity to [achieve] anything they put their mind to,” she adds, noting that she also believes in strong labor unions and the right of individuals to “marry the person they love.”

The College Democrats of Wisconsin did not immediately respond to Campus Reform’s request for comment.