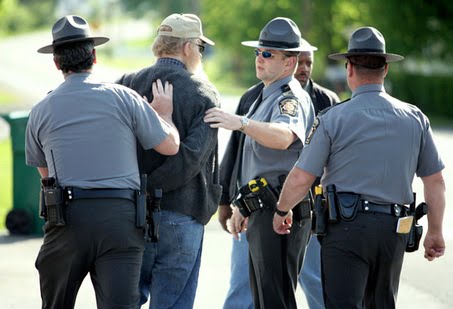 Demonstrating his ignorance of core values enshrined in common law and what Judge Cooley defined as the “right to be left alone” from overly pernicious government interference, a Circuit Court judge in Wisconsin has ruled that people who consume raw milk have no right to do so.

In response to a request from the Farm-to-Consumer Legal Defense Fund for clarification in a court case on the issue, Judge Patrick J. Fielder wrote that the “court is unwilling to declare that there is a fundamental right to consume the food of one’s choice without first being presented with significantly more developed arguments on both sides of the issue.”

According to Fielder, citizens must get permission from the state before deciding what they can or cannot eat or drink.

Fielder underscored his belief – and the belief of the state – that an individual must gain permission from government to consume food. He wrote that only “a license holder” can sell milk and the license holder “must do so in a way that complies with the laws of Wisconsin.”

Mike Adams of Natural News talks about the war against raw milk and cheese.

In response, Senate Bill 108 was introduced. It would “legalize the sale of raw milk, decriminalize innocent farmers, and allow consumers to buy the milk they choose,” explains Wisconsin Campaign for Liberty.

Fielder’s response to the argument that food consumption is a personal choice outside the purview of government represents the troubling and growing mindset of bureaucrats and politicians who believe the state has an overriding interest in individual decisions, no matter how mundane.

Recent legal action by local government around the country highlight this. In Michigan, a woman faced 93 days in jail for the crime of growing a vegetable garden on her property. After a court threw the absurd charges out, vindictive local officials came back and attempted to renew an earlier charge against the woman for having unlicensed dogs.

City bureaucrats have gone to extraordinary lengths to make sure residents – more akin these days to subjects and vassals – are not allowed to grow their own food.

In Oklahoma in 2009, a city councilman said during debate on outlawing community gardens: “How do we know what people are going to be growing? Vegetables? Maybe. Or, maybe something else,” he said. “Is there going to be someone that inspects what is growing?” Tulsa city council bureaucrat Jack Henderson alluded to residents growing marijuana in order to make his argument that the city should inspect gardens.

Running afoul of state and its wilderness of rules and regulations is now drearily common, if not outrageous. In August, police shut down a lemonade stand operated by a 4-year old in Coralville, Iowa, because the girl did not apply for a health inspection and pay for a permit.

Massachusetts followed suit when state police closed down a green-tea stand operated by a 12-year old.

Woman fined $500 for allowing her kids to run a lemonade stand.

The inexplicable and growing effort by cities and states to close down lemonade stands is a growing phenomenon that demonstrates the determination of over-bearing government to regulate – and license and revenue-generate – all aspects of daily life, even the most mundane and harmless.

Fielder’s assertion that citizen-vassals do not have a fundamental right to decide what they consume without first gaining permission from an over-bearing government is a strike against the core values of liberty and self-reliance enshrined in the Constitution, the Bill of Rights and the Declaration of Independence.