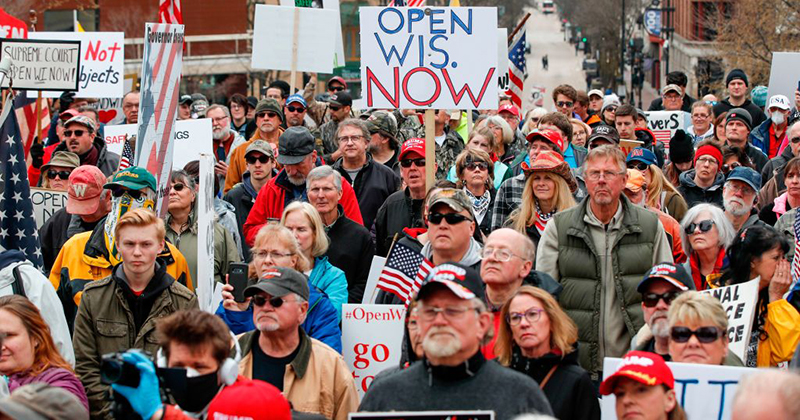 In a 4-3 decision, the Wisconsin Supreme Court struck down the Gov. Tony Evers’ administration’s stay-at-home order.

The ruling “essentially reopens the state, lifting caps on the size of gatherings, allowing people to travel as they please and allowing shuttered businesses to reopen, including bars and restaurants,” the Associated Press reported.

Health secretary Andrea Palm had issued the order, and the court found she didn’t have the authority to do so.

“Rule-making exists precisely to ensure that kind of controlling, subjective judgement asserted by one unelected official, Palm, is not imposed in Wisconsin,” Chief Justice Patience Roggensack wrote in the majority opinion.

Owen and Savanah look at the ridiculous lockdown news coming from Democrat states, including a California incident where cops were confronted and reminded of the constitution.

“The Wisconsin Supreme Court upheld the law,” he said.

“The rule of law must be upheld – even in emergencies. I am honored to have appointed two of the Justices in the majority on the 4 – 3 decision.”