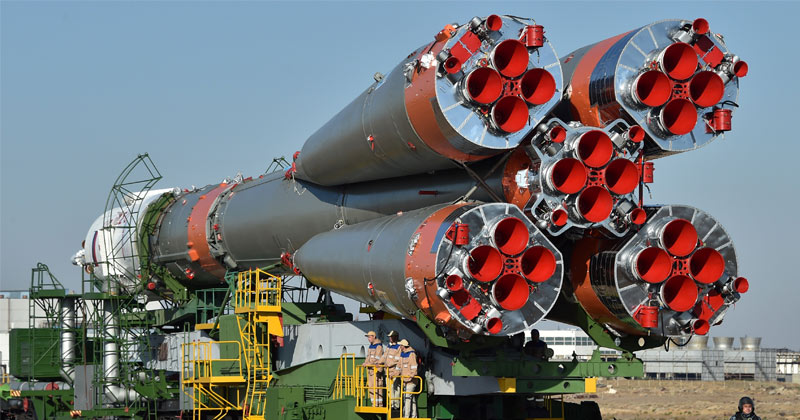 US space explorers have added up exactly how much money has gone to buy ‘seats’ on Soyuz vehicles, as its partners SpaceX and “overpaid” Boeing failed to meet the deadlines on NASA’s manned spaceflight programs.

Over the past two decades, NASA spent $3.9 billion transporting 70 astronauts to and from the International Space Station (ISS) on Soyuz spacecraft, the agency revealed in its audit report, published on Thursday.

The US also previously used the Space Shuttle to deliver crews to the ISS but the program was terminated in 2011, after two of the orbiters exploded mid-flight, killing a total of 14 people. The Russian-made Soyuz vehicles have since remained the only means of transportation for NASA.

The agency, meanwhile, remains determined to switch to conducting its own manned flights without the help of Moscow sometime in the future. However, the promising projects in partnership with Boeing and Elon Musk’s SpaceX proved to be “several years behind its planned operational date,” NASA said.

“Both contractors have a variety of technical and safety issues to address before they are cleared to provide crew transportation to the ISS,” the agency’s Office of Inspector General wrote, arguing that NASA had actually “overpaid” Boeing $287 million to prepare manned missions to the ISS.

The US corporation received this hefty sum for “additional flexibilities” to speed up the manufacturing of its Starliner crew vehicle as NASA hoped to avoid an 18-month gap in flights to the space station. Now, however, the agency’s inspector general has called such expenses “unreasonable.”

The official said that NASA could have saved as much as $144 million instead by making “simple changes” to the Starliner’s launch schedule, and by buying more seats on board Russian space ships.

Boeing and SpaceX have received a combined total of almost $7 billion from the US space agency since 2014 in a bid to end its reliance on Russia’s spacecraft. However, there has been little success as both firms have encountered testing mishaps that have greatly set back their progress.