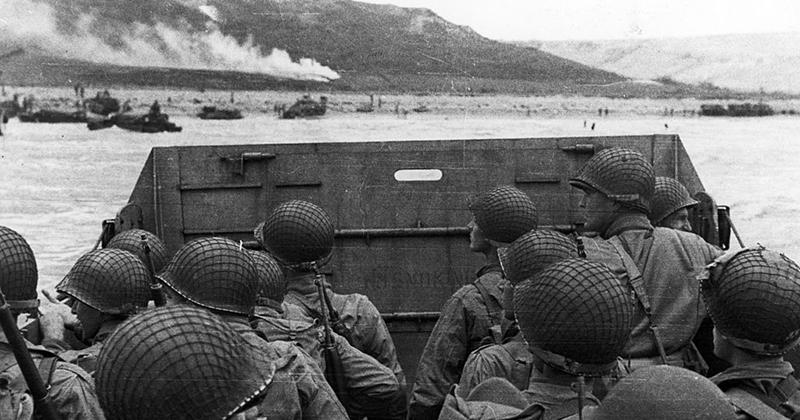 Several journalists and other woke blue-checks took to Twitter to claim the D-Day landings near Normandy, France 76 years ago are somehow like the Antifa-led riots.

While the United States was, and still is “anti-facist” in principle, Antifa is rooted in communism, as counter-terrorism expert John Guandolo told The Kyle Olson Show this week.

The European origins, the goals and the violent tactics of Antifa already used abroad are coming to America

Nevertheless, the sleight of hand persisted among the progressive media types on Saturday.

“Does Trump … does he realize the D-Day troops were antifa?” Aaron Rupar of Vox posted on Twitter, along with President Trump’s D-Day remembrance message.

Does Trump … does he realize the D-Day troops were antifa? https://t.co/LwtYXLeF7Z

Paul Farhi of the Washington Post also attempted to equate those demanding the defunding of police, overthrow of capitalism and ouster of Trump with the young men who sought to liberate Europe.

Friend points out on D-Day anniversary that the men who stormed the beaches of Normandy were the true and original antifa.

Antifa is explicitly a violent marxist terrorist group. They don't hide this. It's in their literature & actions. The idea they're antifascists like the people who stormed beaches during d-day is an absolute farce. They r full blown communist radicals & so are their sympathizers.