In a truly bizarre case, a woman was recently locked up in the psychiatric ward of a Long Island hospital, and forced to undergo medical procedures against her will for over a week, after she told police that The President follows her on Twitter.

The incident is only just coming to light now but took place last September. Kam Brock was attempting to retrieve her car from police after it was impounded

In an attempt to convince police that she was a good citizen, Brock told cops at the Public Service Area 6 NYPD station that Obama was a follower of her Twitter account, which is true. However, the cops decided Brock was insane and had her forcibly committed to Harlem Hospital.

Brock’s lawyer notes that she was upset, but certainly not “emotionally disturbed,” as was claimed by the police in their report.

What was supposed to be a 72-hour detention actually lasted for EIGHT DAYS as doctors evaluated her, believing she was delusional and suffering from bipolar disorder.

Medical records presented in court show that Brock was given forced injections of powerful sedatives and oral doses of lithium, while being mandated to undergo group therapy.

“Next thing you know, the police held onto me, the doctor stuck me with a needle and I was knocked out.” Brock told the New York Daily News.

“I woke up to them taking off my underwear and then went out again. I woke up the next day in a hospital robe.” she adds.

When the ordeal was finally over, the hospital forced Brock to sign a statement saying she had lied about Obama following her on Twitter. At no point did anyone, police or doctors, actually check her Twitter account to verify her claim.

“Objective: Patient will verbalize the importance of education for employment and will state that Obama is not following her on Twitter,” the hospital document reads.

Doctors also refused to believe Brock worked in a bank. Again, no one checked out the claim, instead opting to assume Brock had an “inability to test reality, unemployment.”

She was also charged with a bill of $13,637.10 upon her release, all for being held against her will.

Brock explained that her claims regarding Obama were made to show “the type of person I am. I’m a good person, a positive person.”

Brock is suing the NYPD and the hospital on charges of false imprisonment. 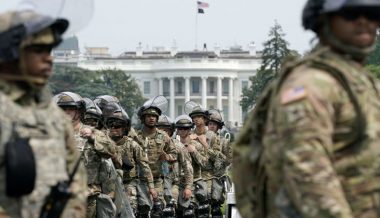