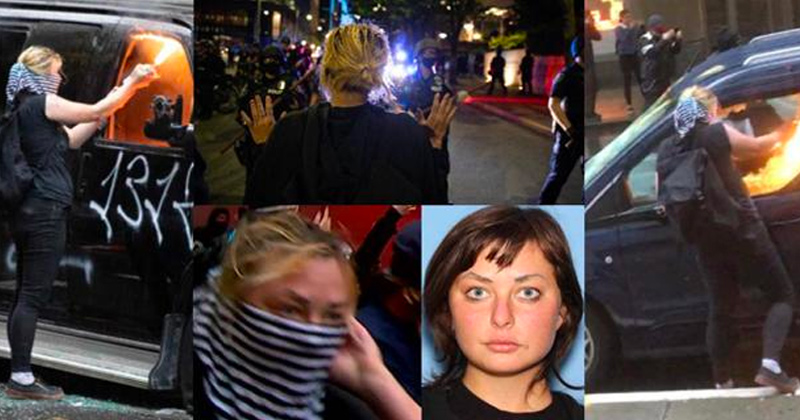 A woman at the center of a missing persons investigation in Texas was located in Washington state and arrested for setting several police cars on fire last month.

In a federal complaint filed Thursday, an ATF special agent lays out how they were able to identify Margaret Aislinn Channon, 25, through a series of photos and still video frames and execute a search warrant at her Tacoma, Washington, residence taking her into custody.

The complaint accuses Channon of attempting to destroy “by means of fire” five vehicles used by the Seattle Police Department.

Agents honed in on various pieces of media showing a woman wearing a black and white striped mask and torching police cars.

From there they were able to identify her through a photo showing her facing police with her hands and palms up, which also showed a distinctive “W-A-I-F” tattoo on her fingers.

Because these photographs are of very high quality, agents were able to zoom in on the female’s left hand and see that she had a distinctive tattoo. Specifically, she had the letters “W-A-I-F” tattooed on the fingers of her left hand, with the “W” on her index finger; “A” on her middle finger; “I” on her ring finger; and “F” on her pinkie finger.

Police then scoured numerous jail databases searching for “WAIF” tattoos, coming up empty-handed, but then located a match on a Facebook post detailing a missing persons report from the Brewster County Sheriff’s Department in Texas. 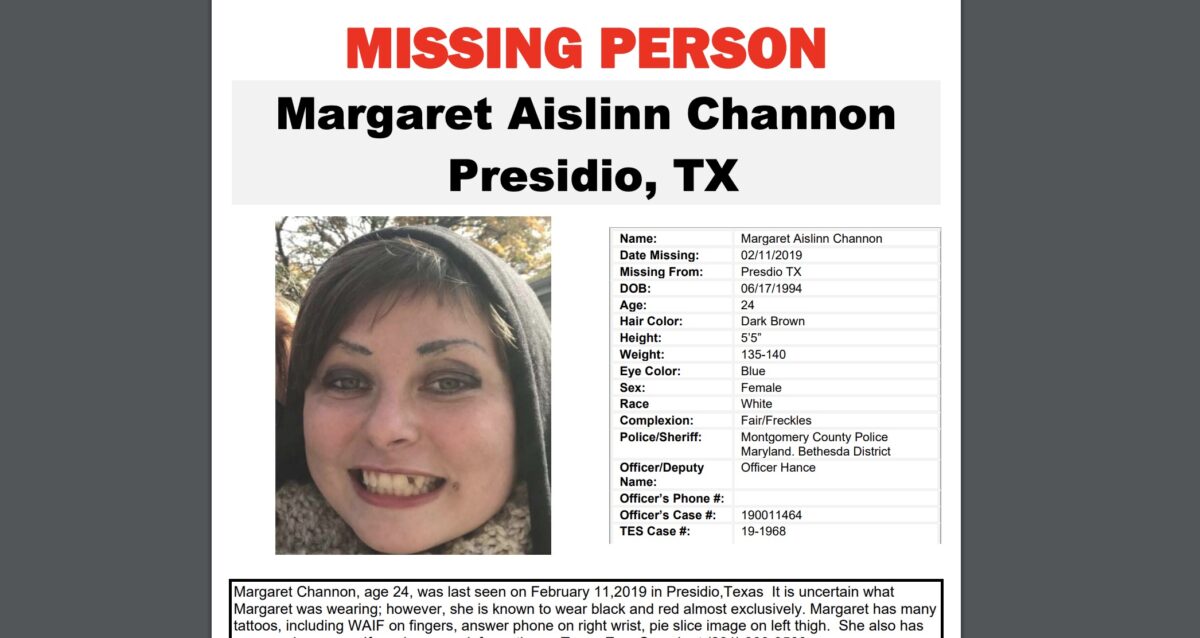 These posts indicated that a person named Margaret Aislinn Channon had gone missing in February of 2019. Channon was described in one post as a white female who was five feet and five inches tall with “tattoos on her leg shoulder and left wrist.” Another post indicated that Channon had “many tattoos, including WAIF on fingers.”

After positively identifying Channon through various social media profiles, police went back over videos and photos confirming she was “in fact, the arsonist” seen setting fire to police cars.

During the raid on her home, police “also seized clothing and accessories that appear in some of the videos from the arsons.”

Channon’s crimes are punishable by up to 10 years in prison, a DOJ press release states.

Read the complaint below:

Is an armed citizenry the answer to an increasingly militarized police force that doesn’t protect society?