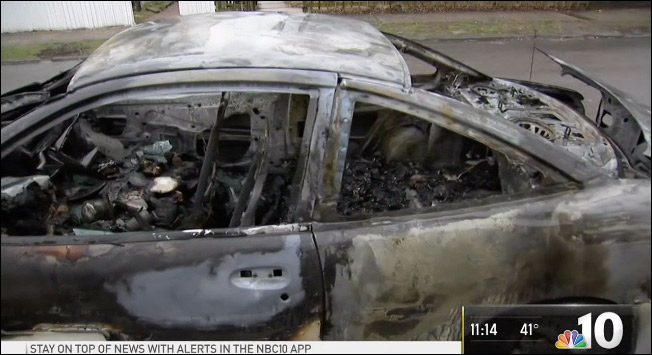 A Trump supporter in Philadelphia fears she’s being targeted for her political beliefs after an arsonist set her car on fire over the weekend.

Laurie Livingston, 65, said her car’s been targeted by vandals at least three times in the past 5 months. She’s experienced broken windows and slashed tires for reasons unclear.

But Livingston says an early Monday morning incident which left her car destroyed can be attributed to one thing: a cardboard cutout of President Donald Trump in her front seat.

“I put Donald Trump and I don’t care,” she told NBC10. “I like him. I voted for him and I have the right to say what I want to say and then last night at 3 o’clock it blew up.”

Police found a flaming wreck when they arrived at Livingston’s home around 3AM. Footage of the incident filmed by a neighbor, who was awakened by Livingston’s car horn, shows the woman’s 2003 Chevy Cavalier engulfed in flames.

“The Fire Marshal ruled the incident an arson,” reports NBC10.

Livingston says she now fears for her life. 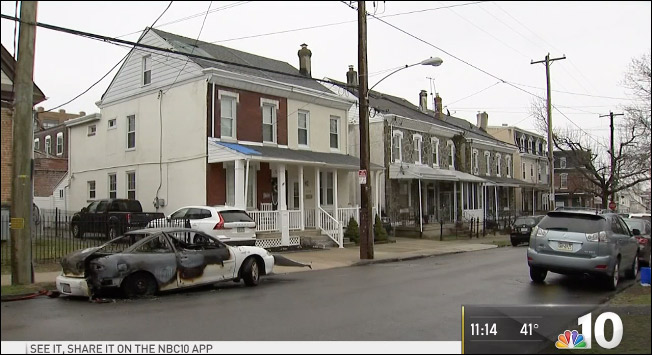 “Yell at me, do whatever… but blowing up my car?” she said. 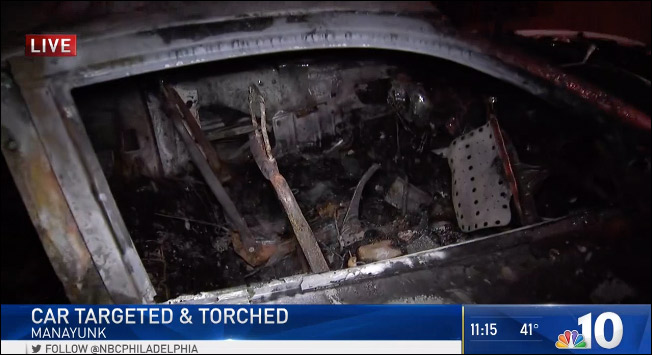 NBC10 reporter Aaron Baskerville said neighbors were too frightened to give interviews for fear of retaliation.

The arson came after the FBI Special Counsel over the weekend concluded there was no collusion between Russia and the Trump campaign.

“If this were the other way around this would be national news,” one Facebook user commented. “CNN would have Avanatti on to speak about how this is a racial hate crime and Trump’s fault. MSNBC would have Maddow crying about how Trump supporters are ‘dangerous’. The View would be clucking about as well. Thank you NBC 10 for actually reporting the news.” [sic]