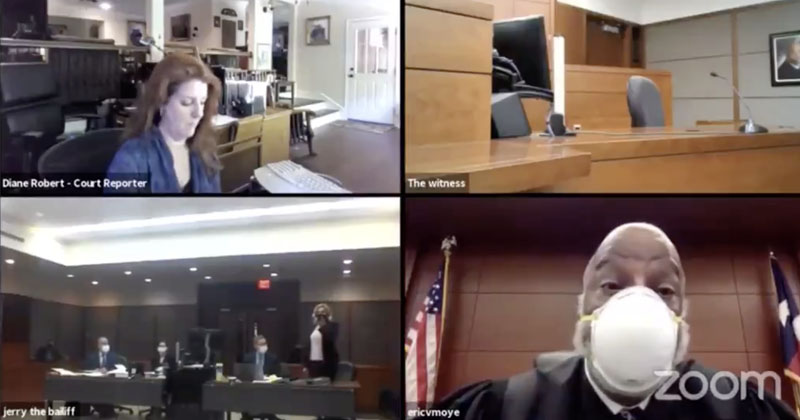 A Texas woman was sentenced to seven days in jail for refusing to apologize for reopening her hair salon in defiance of local lockdown orders.

During a hearing on Tuesday, Judge Eric Moyé demanded that Shelley Luther, owner of Salon a la Mode in Dallas, apologize and admit she was “selfish” for choosing to reopen her business, or go to jail instead.

Judge Eric Moyé asked Luther if she would make a statement admitting she was wrong and selfish. Listen here… pic.twitter.com/6JMukC3v76

Luther refused to apologize, citing the fact she needs to feed her children as a reasonable defense for opening her salon.

“I have to disagree with you, sir, when you say that I’m selfish because feeding my kids is not selfish. I have hairstylists that are going hungry because they would rather feed their kids So sir, if you think the law is more important than kids getting fed, then please go ahead with your decision. But I am not going to shut the salon,” Luther said.

The judge told Shelley Luther she
could avoid jail time if she apologized, admitted she was wrong, and agreed to close her hair salon until it was allowed to open.

After refusing to apologize, bailiffs led the woman away to be booked into jail. The seven-day sentence reportedly represents the seven days her salon was open despite the countywide order.

What can we learn from the Kent State shootings? Will people allow their lives to sacrificed for the political agenda of lying politicians? Will the militarized police repeat the mistakes of the National Guard?