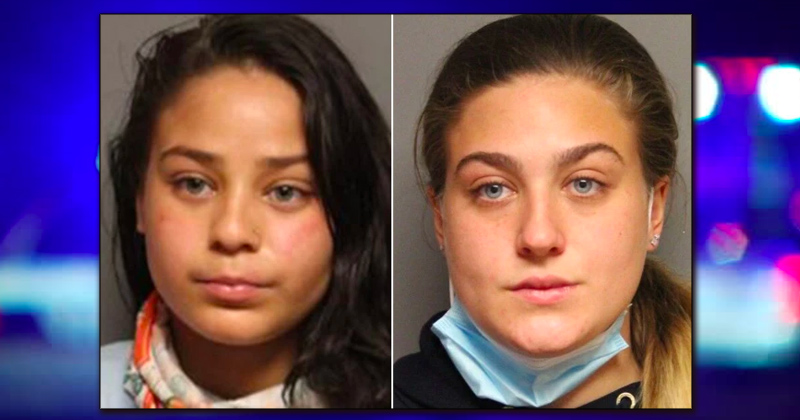 Two women arrested for stealing a Make America Great Again hat from a 7-year-old boy are facing hate crime charges, according to reports.

The incident, which took place outside the Democrat National Convention in Delaware last month, went viral after the boy’s mother filmed herself attempting to retrieve the hat from the women.

Olivia M. Winslow, 21, and Camryn Amy, also 21, were indicted Tuesday on various charges, including “robbery, conspiracy and hate crimes, as well as a misdemeanor charge of endangering the welfare of a child,” reports the New York Post.

The latter faces additional misdemeanor charges for punching a man and assaulting the boy’s mom as they attempted to recover the hat, in addition to “offensive touching of a child.”

According to the indictment, the women are accused of committing the acts “for the purpose of interfering with the victim’s free exercise or enjoyment of any right, privilege or immunity protected by the First Amendment to the United States Constitution, or committed said crime because the victim had exercised or enjoyed said right or rights.”

“Violence in any form is unacceptable, but harming another person – let alone a child – because of the expression of their views betrays the principles on which our country was founded,” Jennings said in a statement.

“Free speech, free assembly, and free expression are sacred, no matter whether we agree with the opinions expressed, and especially when we don’t.”

Moments ago outside of the DNC convention, Joe Biden supporters attacked a 7 year-old boy.

He was attacked simply because he wore a @realDonaldTrump hat.

His name is Riley.
Watch it happen.
Listen to him cry.

Will Joe condemn this violence against Children?

Footage showing Winslow and Amy stealing the hat from the mother and son last month as the boy cried outraged the pro-Trump community, leading to calls for justice.

Outside the DNC Convention radical leftists attacked a 7 year old boy, named Riley Why? Because he was simply showing his support for President @realDonaldTrump