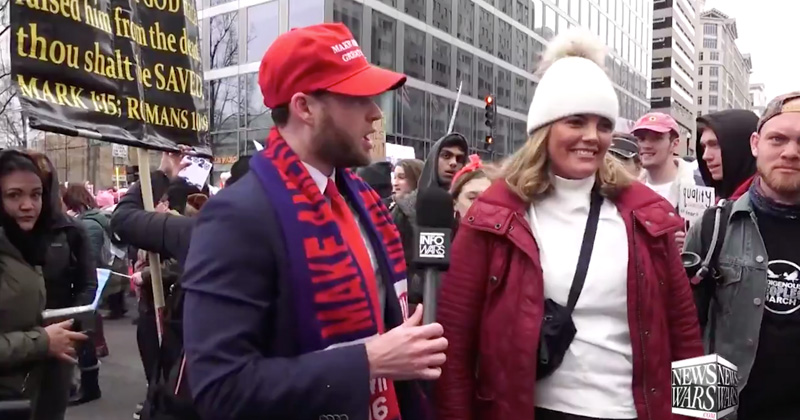 A Women’s March participant who was filmed grabbing Infowars reporter Owen Shroyer by the crotch was found guilty of misdemeanor sex abuse. 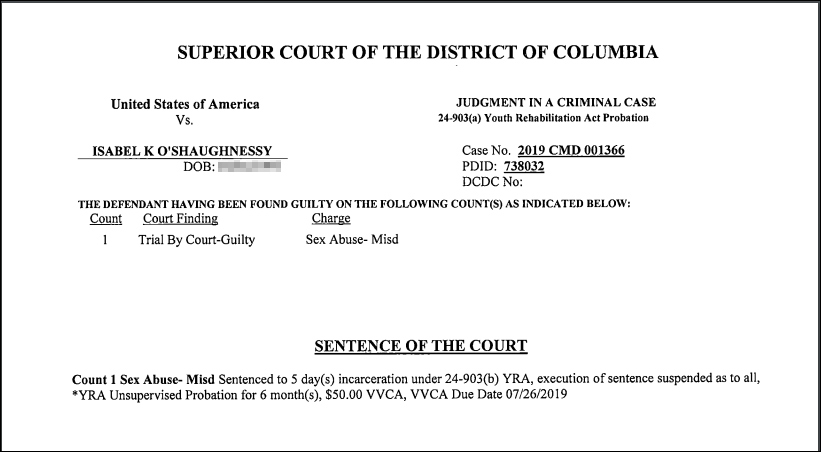 The case stemmed from a January 29 Women’s March event, where O’Shaughnessy, 21, walked up to Shroyer as he was filming a report and “grabbed and squeezed” his genitals, as noted in a criminal complaint.

The assault made headlines after Shroyer agreed to press charges against O’Shaughnessy, who was subsequently arrested and charged with misdemeanor sexual abuse.

“In an interview with police, she said she ‘inadvertently brushed up against him’ and that he took her comments out of context in what was an ‘emotionally charged situation,’” The Washington Post reported at the time.

O’Shaughnessy also told police she was being “sarcastic” when she made a verbal admission of her sexual assault on film.

Shroyer posted video of the assault to Twitter two days after the incident, saying, “Here is the moment I was sexually assaulted by a #WomensMarch2019 protester. She laughed about it. The crowd cheered it. The police did nothing.”

Here is the moment I was sexually assaulted by a #WomensMarch2019 protester. She laughed about it. The crowd cheered it. The police did nothing. pic.twitter.com/sp93ny0VlU

In the exchange, O’Shaughnessy appeared to be trying to make a point about the infamous Hollywood Access tape in which a hot mic caught President Trump using “locker room talk” to discuss his attraction to beautiful women.

“So, if our president can grab a woman by the pussy, I can grab you by the balls,” O’Shaughnessy told Shroyer as she touched his genitals.

“Yes,” she replied, speaking into an Infowars microphone.

“So you just sexually assaulted me?” Owen asked.

“I did assault you,” O’Shaughnessy admitted.

“Should you be arrested?” Shroyer inquired.

“Arrest me,” she replied.

In an exclusive statement to Infowars, Shroyer said he was pleased by the court’s ruling.

“It was such a relief when I heard the judge’s verdict. It was the right thing and a relief to know my political speech was protected in this case and crimes could not be committed against me for it. Honestly, I think this needs to go further, for other victims of what, in my view, is a hate crime. But this was a victory for justice and Trump supporters who are attacked in the streets. Government workers get a bad rap, but the team of attorneys and detectives that helped get this verdict were great people. It’s sad that bad government workers give them all a bad name when there are good people in government. I hope this verdict and others deters the political violence and hate crimes against Trump supporters. I demand justice for Trump supporters targeted by political violence.”

Misdemeanor sexual abuse, according to D.C. law is defined as, “Whoever engages in a sexual act or sexual contact with another person and who should have knowledge or reason to know that the act was committed without that other person’s permission.”