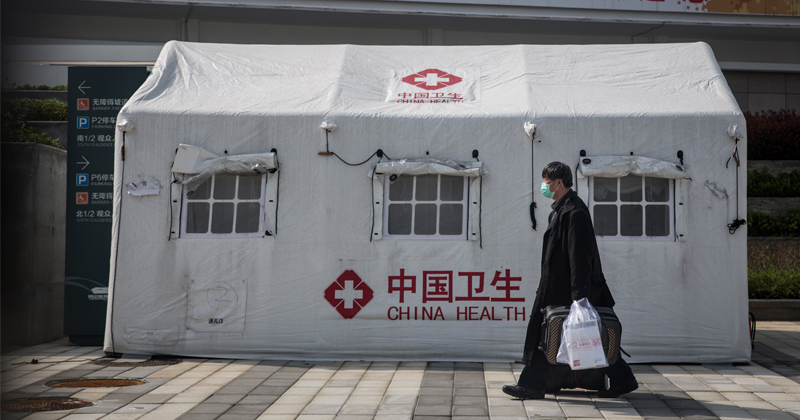 In 2019, the Chinese model was heavily promoted as its internet censorship system was implemented around the globe.

Last year, Old-Thinker News reported that either an Asian World Order would rise, or humanity would reach for the stars.

U.N. Secretary-General Antonio Guterres,who is now praising China’s Coronavirus response, said last year that the world is splitting between the United States on one side, and the communist Chinese on the other. Guterres said that “we must… maintain a universal system“:

“We must do everything possible to avert the great fracture and maintain a universal system, a universal economy with universal respect for international law; a multipolar world with strong multilateral institutions…”

As the Coronavirus spreads around the planet, the Chinese model is again being praised by mainstream media and government officials.

A recent piece from Bloomberg said that mistrust and conspiracy theories surrounding the virus are hurting efforts to stop it. The article praised China’s response, while bemoaning the fact that democratic governments have less control over their people.

Last year, the China model was held as a model for the globe in the fight against “fake news”.

Parag Khanna, globalist and spokesman for the plan for the Asian world order, is very open as to what the world will look like under the Chinese model.

In an interview with the Mumbai Mirror last year, Khanna said that “Technocratic governance”, “caution about free speech” and “self-censorship” will be part of the new value system of the Asian world order.

Globalists bet on a Chinese dominated future that would submit to Chinese regulation of the internet.

America must stand strong against pressure to conform to the Chinese model. Globalist forces are pushing hard to have President Trump buckle amidst the Coronavirus crisis. If we fail, tyranny will crush our nation.