The Swedish Pirate Party, who are at the forefront of anti-copyright lobbying in Sweden, are planning to shake up the country’s ISP market. After taking over the supply of bandwidth to The Pirate Bay, Piratpartiet will now partner in the launch of Pirate ISP, a new broadband service that will offer anonymity to customers and provide financial support to the Party.

To defend the rights of BitTorrent users worldwide, the Swedish Pirate Party volunteered to provide bandwidth to The Pirate Bay after previous hosts got into legal trouble in May. At the beginning of July, the Pirate Party surprised again. Not only would they be The Pirate Bay’s new host, but they would use Parliamentary immunity to run the site from inside the Swedish Parliament.

Now the Party have made another interesting announcement. Together with technology partners, they will enter the broadband market with Pirate ISP, a new service designed to deliver consumer Internet in line with the Pirate Party’s ideals.

Gustav Nipe, student of economics, long-standing Pirate Party member and CEO of Pirate ISP told TorrentFreak that Pirate ISP is based on the hacker ontology. “If you see something and you think it’s broken you build a patch and fix it. With that as a reference point we are launching an ISP. This is one way to tackle the big brother society.”

“The Pirate ISP is needed in different ways. One is to compete with other ISPs, let them fight more for our internet. If they don’t behave there will always be someone else taking their share,” Nipe added.

Aside from the competition angle, Gustav Nipe told TorrentFreak that the Pirate ISP will maximize privacy for all its customers. Operated by ViaEuropa – the company behind the iPredator anonymity service – Pirate ISP users will remain anonymous.

The service began beta testing in the city of Lund yesterday with around 100 residents of LKF, a housing organization whose aim is to provide quality accommodations at a reasonable cost.

After the first two weeks of testing, the initial expansion aim is to take 5% of the market in Lund and then set up in further locations around Sweden. This is a reasonable aim according to Nipe, who told TorrentFreak that they start small so they can assure quality service to all their customers.

At the Hacknight conference in Malmö which ended yesterday, Nipe told Shane Murray from nrli.tv that they will not allow the Swedish Government to monitor Pirate ISP users and will refuse to retain logs. He warned that any attempt to force it to do otherwise will result in a constitutional issue.

Nipe was also clear on how Pirate ISP would respond to outside interference, in particular that from the United States.

For most potential Pirate ISP customers who intend to use the service to file-share, the immediate threats will come from closer to home, primarily from Henrik Pontén at Svenska Antipiratbyrån, the Swedish Anti-Piracy Bureau. Nipe said they are prepared to deal with this challenge.

“It would be a pity to reveal all the tricks that we have, so we will save those for later. But we have ways to ensure that no customer should have to get a sad letter home from Henrik Pontén.”

“Our investigations have focused on people with much higher safety. The question has been asked a thousand times before,” he said. “When the police come calling, they must disclose the information.”

It seems that the wider Swedish public won’t have long to wait to discover if Pirate ISP can live up to its promises. According to Nipe they will roll out big in Sweden at the end of this summer. 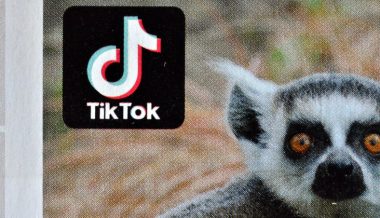