Foxconn might not be a company that is at the forefront of most American minds, but the products they create most certainly are.

Christmas might not have been the same without considering purchases of Apple’s iPhone, some of Amazon’s Kindle products, or Microsoft’s Xbox to name but a few. The Taiwan-based company is the world’s leader in contract manufacturing of electronics with a market cap north of $100 billion; they have also become the third largest employer in the world with 1.3 million, which makes the following news that much more troubling.

Foxconn first rose to some level of notoriety – indeed infamy – when reports of human rights violations began to surface in the early part of this decade. Foxconn chose to remedy a spike in worker suicides during 2010-2011 at one of their Chinese plants by installing “suicide nets” so those subjected to slave-like conditions could remain on the plantation. Nevertheless, 2,000 workers rioted in 2012 amid charges of abuse by security guards making it doubtful that conditions had improved.

Now with the rise in automation, Foxconn is leading the way toward eliminating the need to deal with human employees altogether, demonstrating that the race to the bottom might end in factories filled exclusively with robots.

Phase 1: “plans involve replacing the work that is either dangerous or involves repetitious labor humans are unwilling to do.” (Like the stuff that presumably could lead one being killed on the job or committing suicide – N.W.)

Phase 2: “involves improving efficiency by streamlining production lines to reduce the number of excess robots in use.”

Phase 3: “involves automating entire factories, ‘with only a minimal number of workers assigned for production, logistics, testing, and inspection processes,’ according to Jia-peng.”

The program already has been implemented and is showing results. Melissa Dykes reported earlier this year that Foxconn had successfully eliminated 60,000 employees at just one of their factories. The three phases listed above are expected by Jia-peng to result in a 30% automation at all of its 12 Chinese factories as soon as 2020.

However, Foxconn is merely the canary in the coal of mine of the global outsourcing of humans to machines that is accelerating rapidly as we transition into the new year, and some experts estimate could see all of us outsourced by 2045. This might be the reason why automation has become such a prominent topic of the economic elite and its corporate media public relations arm. A once-outlandish proposal such as a Universal Basic Income is now being seriously considered, and has even entered the pilot stage in countries such as Finland and Scotland.

In a 2014 economic conference at Davos, Switzerland, an expert in artificial intelligence and machine learning, Jeremy Howard, stated flatly that we are about to encounter conditions akin to those that occurred after the Industrial Revolution and preparations for the upheaval need to be made.

Aforementioned researcher, Melissa Dykes, has been tracking the even longer road that the elites seem to have been paving as humans are now rushed toward their inevitable economic extinction. Melissa and Aaron Dykes have created a must-see mini-documentary titled Obsolete that highlights the historical context of how we have arrived at this point.  They present troubling connections between the philosophy of the elite and their methods for managing a human population that will have far less relevance in the burgeoning machine-driven world. 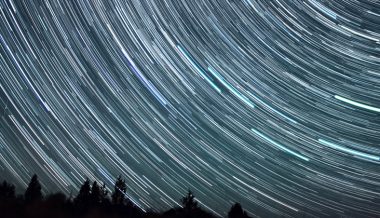