Several months ago, I was visiting some friends in Sydney and was invited to the house of a friend-of-a-friend for some late night drinks and a chat. My host and his friends were left-wing bohemian types and had been informed by my friend that I am a “free-market anarchist,” or something like that. They found this notion intriguing, and so they quizzed me on what that means, and this naturally led into a discussion of the merits of a free market versus a democracy. 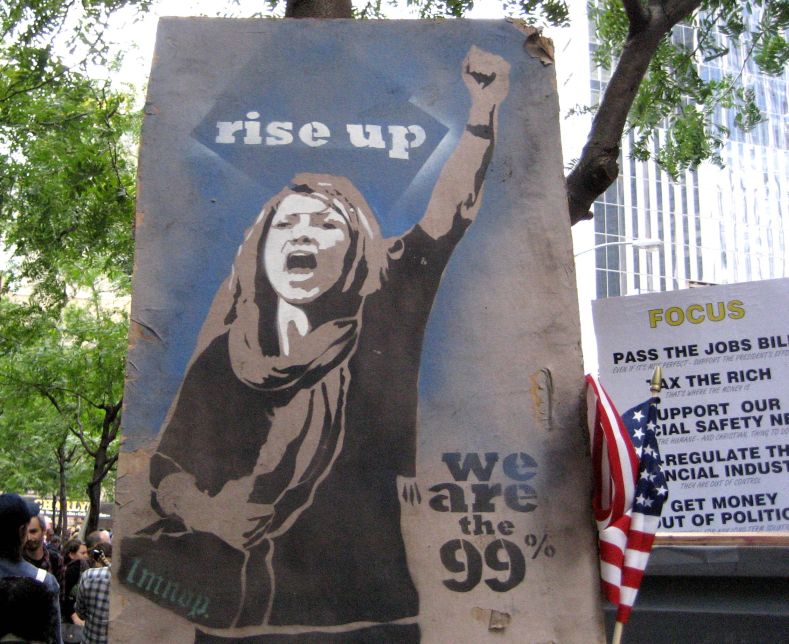 The discussion was a cordial one, and went as most of these discussions do when one is chatting with people who have never previously been exposed to consistent libertarian philosophy. My host and his friends raised most of the standard objections to the free market and to the idea of a stateless private-law society, and I explained why I regard each of those objections as erroneous.[1] Though the attending group appeared to find my arguments on these individual points thought provoking, they remained unconvinced. The main sticking point to the discussion was a pervasive concern that the free market does not allow for democratic state action — that “the people” should have the right to collectively determine “the rules of the game” by voting their preferred politicians into power, and that their determinations should legitimately bind the members of the society they are in.

The Sanction of the Victims

This discussion would have been fairly routine — much like countless similar discussions I have had on these issues before — except for one interesting peculiarity. As I argued for the virtues of noncoercion as a governing principle for society, and my host and his friends rallied in favor of unlimited democracy, every one of them happened to be concurrently occupying themselves by snorting lines of cocaine through their rolled-up monopoly-issued fiat currency. (They graciously offered me some, but my recreational drug of choice is alcohol, so I declined.) This gave the discussion an interesting tinge that illustrates an important aspect of people’s love affair with mob rule: “Does it bother any of you,” I asked them, “that under your own preferred political system you’re all considered criminals? What you’re doing right now is considered a crime, and you could be fined or even go to prison for it.”

The answer was no; it didn’t bother them. It doesn’t really bother anyone who accepts mob rule as a desirable form of social organization. The reason is that democrats never regard existing democracy as their preferred political system — they regard it only as a transitory state to a democratic utopia in which the elected leaders will agree totally with their own values and social-political views. Mises has observed that “the critics of the capitalistic order always seem to believe that the socialistic system of their dreams will do precisely what they think correct.”[2] Hence, when people talk about the importance of democracy, it is never democracy as it has ever actually functioned, with the politicians that have actually been elected, and the policies that have actually been implemented. It is always democracy as people imagine it will operate once they succeed in electing “the right people” — by which they mean, people who agree almost completely with their own views, and who are consistent and incorruptible in their implementation of the resulting policies. This is what allows an intelligent group of people to espouse mob rule as a desirable principle, even as they simultaneously commit acts that brand them as criminals worthy of imprisonment under the very social system they maintain.

Ayn Rand referred to this phenomenon[3] as the “sanction of the victim” — a person can occupy himself snorting lines of cocaine in his own home, while simultaneously accepting the view that it is morally proper for those in his society to use violence against him if they catch him doing it. The reason for this is a mistaken view in the desirability and moral legitimacy of mob rule as a governing principle for society. With this in mind, let us examine the real nature of this much-lauded democracy.

Unlimited Democracy Is a Form of Socialism

Democracy, of the unlimited kind lauded today,[3] is a form of socialism, in the sense that it arrogates ultimate power over all decisions to the government. Implicit in the notion of people’s present love affair with mob rule is the assumption that government, through the collective “will of the people,” should have the prerogatives of ownership of all resources in society, should it choose to exercise these. The democrat brooks no limitation on the legitimate powers of government and hence gives total ownership over all of society to this institution. The only limitation in his mind is the limitation of democracy itself — that the rulers in control of the government apparatus must guard against being displaced by another set of rulers, at the behest of the demands of the mob.

The socialistic nature of democracy is true regardless of the size of governments elected under a democratic order or their particular policies. It is true even when a democratic government chooses policies that are relatively liberal and purportedly support the ownership of private property. For such property ownership is regarded as conditional. Supporters of the system of democracy assert their right to forcibly interfere in the lives of others whenever they have sufficient support from the mob to do so, or are otherwise capable of capturing political power. By supporting the existence of a democratic order they implicitly sanction an arrogation of ultimate ownership of all society to the government, whether decisions over particular resources are exercised by government or not.

Any private property or personal autonomy allowed under democracy exists only with the permission of the government, and under the constant threat of the whims of the mob, rather than existing as a recognized enforceable moral right against the government. The ideal of democracy dictates that a person’s private rights are always subject to being overruled by the government, and so it is actually the government that is the implicit owner of all the resources (and people) in its territory. Such a society is implicitly socialist in character, unless and until people reject the legitimacy of government power over their resources, a view which requires the rejection of mob rule as a governing principle.

The fact that most democratic governments ban the possession, trade, and consumption of cocaine — and treat those who engage in these activities as criminals — is just one minor corollary to the implicit assumption that democratic government owns you. Those in control of the government don’t need to worry too much if you disagree with their “public policies,” so long as you concede the legitimacy of their power to impose these policies on you. It is not enough to dislike or disagree with their specific programs — to attain genuine enforceable rights, people need to reject the moral legitimacy of government interference in their lives.

Do Not Consent to Be Ruled

Those who support democracy tend to conflate the issue of the method of selection of rulers with the preliminary question of whether political power is legitimate in the first place. Hence, it needs to be clearly understood that objection to democratic rule does not mean that one prefers dictatorship — it means than one does not consent to have others initiate force against them, regardless of the method of selection of those with the power to do this. Indeed, one may quite rightly prefer democracy to dictatorship while still regarding both of these systems as inferior to a society without political rulers.

If you are inclined to believe that democracy will function justly when “the right people” are elected, then bear in mind that each political party is elected precisely because its candidates are regarded as the best people available by the majority at the time. Look around you at the people who are elected, and look at the actions of these people. This is your democracy, and the destruction and domination occurring under its imprimatur are the natural consequences of the view that the desires of the mob should override the rights of the individual.

When chatting about this issue with my hosts over late-night drinks, I was one-too-many beers away from sobriety to put the case well. But if I had mustered the presence of mind to do so, I would have told them that instead of concerning themselves with how their rulers should be chosen, they have another choice available to them: reject the idea that you require rulers at all!

Most people don’t spend their Friday nights snorting lines of cocaine. But virtually every adult person contravenes the ubiquitous regulations of democratic government at many times in their life. And regardless of their actions, everyone living under unlimited democracy is treated as the property of the government, with rights that are disposable at the whims of the mob. Under democracy, everyone is subject to the rule of any group that can acquire large numbers and become adept at capturing political power.

People still have not absorbed the lesson of democracy that should have been learned when Socrates was condemned to death by his fellow Athenians for his impiety.[5] Might is not right: whether expressed through raw physical power or through the voting booth, it is illegitimate and undesirable for people to aggress against their fellow human beings. Rejecting the rule of the mob is an important step towards peace and prosperity.

Ben O’Neill is a lecturer in statistics at the University of New South Wales (ADFA) in Canberra, Australia. He has formerly practiced as a lawyer and as a political adviser in Canberra. He is a Templeton Fellow at the Independent Institute, where he won first prize in the 2009 Sir John Templeton Fellowship essay contest. Send him mail.

[1] Objections included the assertion that free competition leads to giant corporate monopolies, the claim that big corporations would rule the world, the notion that private protection providers would form organized-crime groups akin to the Mafia, the delusion that poor people would die in the streets for want of food and medical care, and a host of other objections that have been refuted ad nauseam in libertarian works too numerous and diverse to mention. I do not provide answers to these arguments here, though they can easily be found in other literature.

[3] Rand’s reference to the “sanction of the victim” was used to refer more specifically to the fact that victims supply the tools of their own destruction to their destroyers, who are incapable of production themselves. Though Rand would not have regarded cocaine consumption as a productive activity that provides tools to one’s destroyers, she did regard the moral sanction of the victim as being a necessary tool supplied to one’s destroyers. It is in this sense that I use the term.

[4] Most democratic states today maintain some form of constitution that purports to limit their powers. However, these are increasingly strained by the widespread acceptance of unlimited democracy as a political ideal, and by the capacity of the elected executive government to choose the judicial officers who interpret this alleged limiting device. In fact, no such device can limit the power of government in its own right, because it is an instrument of public law itself and is administered by government officials. Events in democratic countries repeatedly demonstrate that such constitutions exert no real constraint on the power of government, even when the ruling officials in government act in ways that are unmistakably in conflict with the prohibitions in these documents.