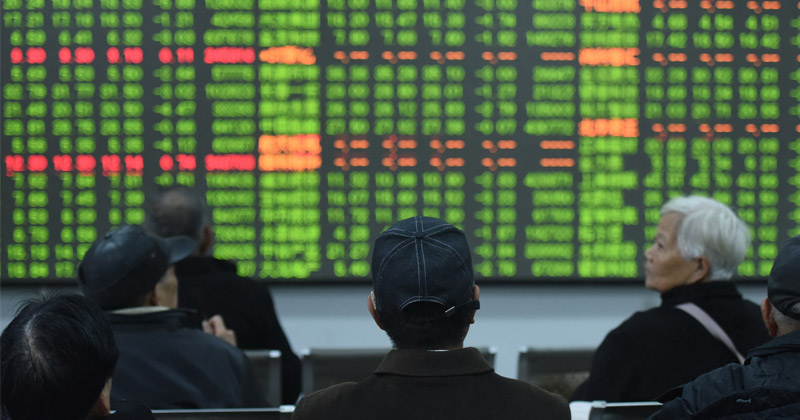 The losses on each index were the biggest since the 2015 ‘Black Monday,’ wiping out a combined $445 billion off the market.

The Chinese currency, the yuan, has weakened by nearly 1.5 percent to around 7.00 to the US dollar.

China’s markets last traded on January 23, the day Wuhan, the epicenter of the China coronavirus outbreak, was put on lockdown as the country reported over 800 confirmed infections and 25 deaths. The figures have since soared to over 17,000 infections and more than 360 deaths.

“It is really hard to trade stocks,” Li Shuwei, chairman at Beijing WanDeFu Investment Management, told the Straits Times. “It’s impossible to predict how this disease will develop. Even the experts have no clear idea when the outbreak will end, let alone stock traders.” He added: “It’s too early to buy stocks right now and it’s also difficult to sell as all shares are limit down. So I will just have to wait and see.”

In anticipation of a rout, the People’s Bank of China said on Sunday that it would inject $1.2 trillion yuan (over $170 billion) into the Chinese markets using the purchase of short-term bonds to shore up banks’ ability to lend money. The measure will help maintain “reasonably ample liquidity” in the banking system and keep currency markets stable, according to the bank.