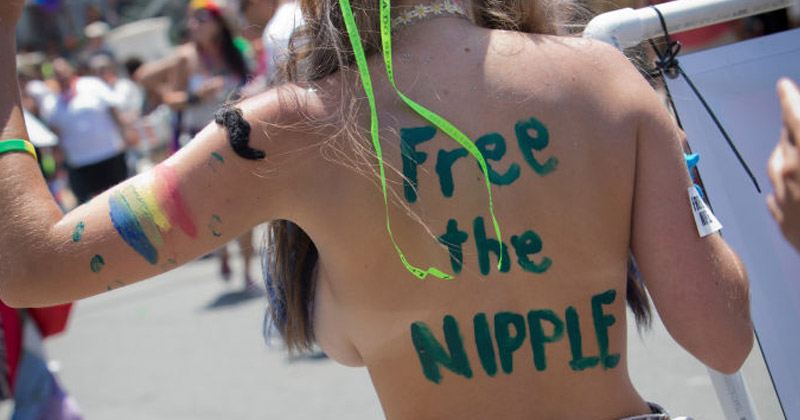 A city in Colorado is allowing females above the age of 10 to go topless, after radical feminists dragged the issue through the courts.

In a shocking decree that went into effect Tuesday, the Fort Collins City Council unanimously passed an amendment to their public nudity ordinance “to eliminate the prohibition on exposure of the female breast” for girls 11-years-old and up.

The amendment follows a lengthy court battle with feminists in the Free the Nipple campaign, which sued the city in 2016 after it banned female toplessness in public a year prior. 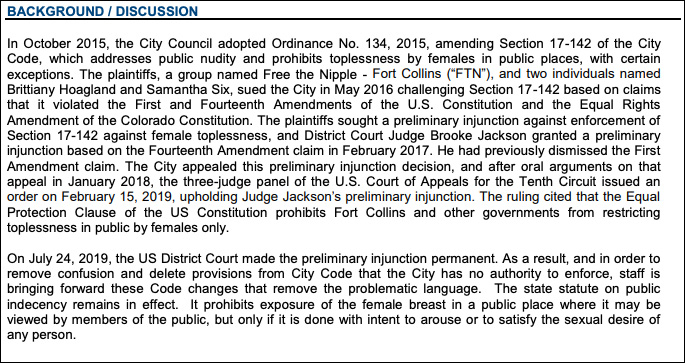 So, after spending $320,000 in court fees, the “City Council voted in May to stop defending the ordinance in court,” reports Fox31 Denver.

“Officials say the deadline to appeal to the U.S. Supreme Court passed, so now the city cannot enforce a topless ban that only applies to women.”

Critics argued the ordinance would lead to women being objectified in public.

“Some predicted that permitting exposed breasts would decrease respect toward women and potentially put them in danger,” reported USA Today in October 2015, after a city council meeting where “A flood of public disapproval swamped the movement to allow women to go topless in public.“

“Others said men and women are equal in the eyes of the law, but they and their chests are inherently different and should be treated accordingly.”

Certainly no one in 2015 would have guessed the battle would end with pre-teen girls being allowed to go topless in public.

Oh, how times have changed.