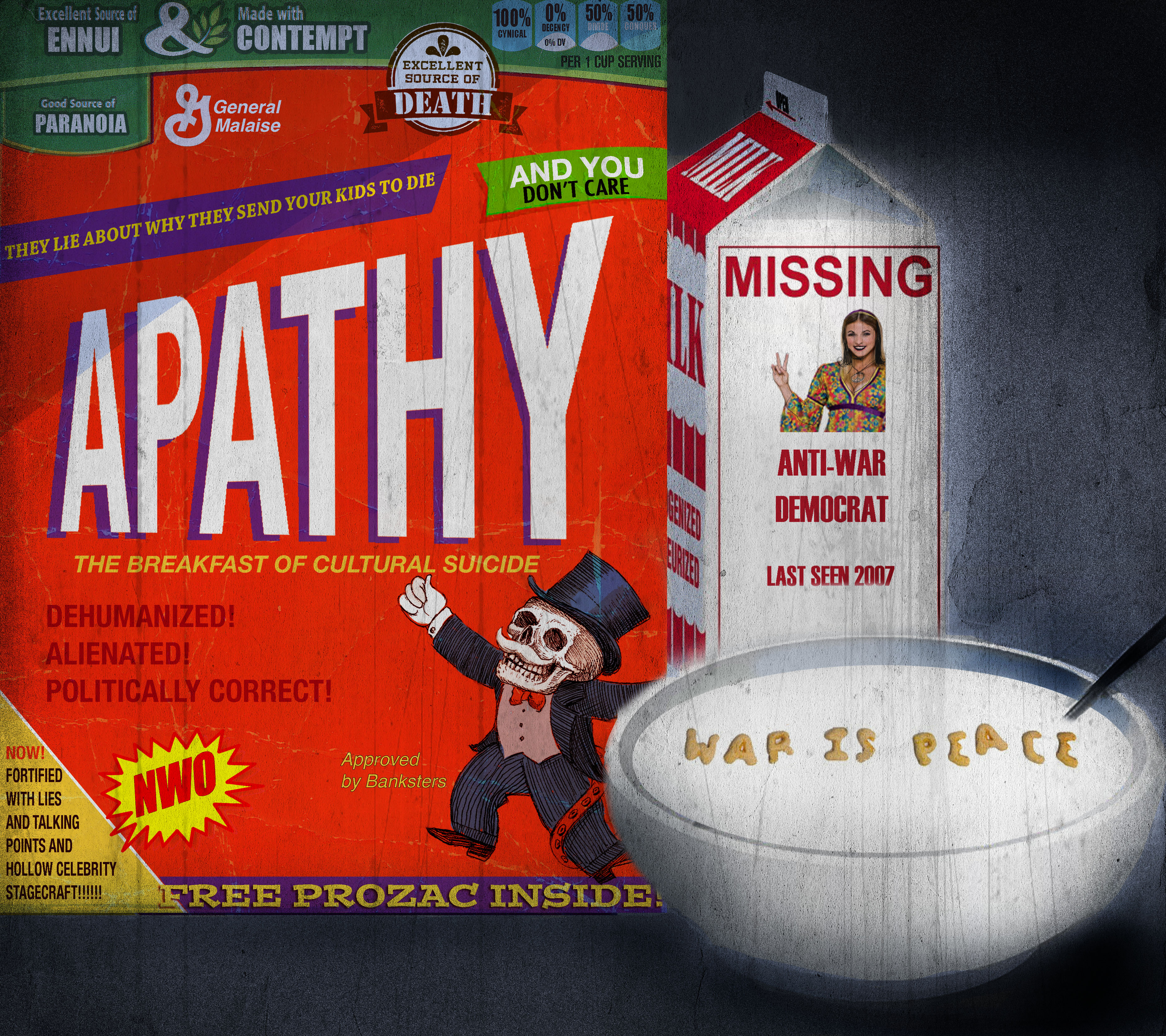 Remember when the left protested against the wars and rallied to protect free-speech and preserve our civil liberties?

The passion that once fueled a fight against unjust wars in which millions perish needlessly has been redirected into the apparently more important crusades for gender-neutral bathrooms or a war on the evils of manspreading.

The party that ostensibly took an anti-war, anti-corporate cronyism and anti-authoritarianism stance has nominated a warmonger who is owned by the criminals on Wall St. and foreign dictators.

They picked the most corrupt female politician in U.S. history to represent their party.

Ask the few consistently anti-war and pro-liberty Democrats and they will tell you, it sure is lonely being an anti-war activist in the age of Obama and Hillary.

If a Republican president were killing civilians all over the world, executing American citizens without due process and even bombing hospitals, there would be large scale anti-war protests as there were prior to the election of Obama.

Democrats would certainly protest the war crimes that define current U.S. foreign policy if a Bush or Trump were the perp.

Will the anemic peace movement be resurrected if a Republican is elected and he continues on the current course, or will Democrats make excuses for mass murder, chaos and failure as they do for their own candidates?

Where are the protests from the left against the many crimes of Obama and Hillary?

Why don’t they care that Obama committed a war crime by bombing a hospital in Kunduz?

Why don’t they care that Obama executed a 16 year old American citizen without the benefit of due process?

Why do they give Obama and Hillary a pass on their murderous and disastrous war in Libya?

Why don’t they care that while Obama obsesses on controlling civilian gun sales,  he is the largest international weapons dealer of any administration, Republican or Democrat, for the last 70 years?

Why don’t they care that Obama has undermined the role of the press and waged a war on whistleblowers?

So long as people choose party loyalty over moral conviction, establishment politicians will attempt to hijack the peace movement and use it solely as a tool for tribal division.

If we do not transcend the divide and conquer paradigm, the peace and liberty movements will never claim their true historic destiny to inspire the global awakening of conscience required to move humanity out of this dark age in which barbarism masquerades as humanitarianism.