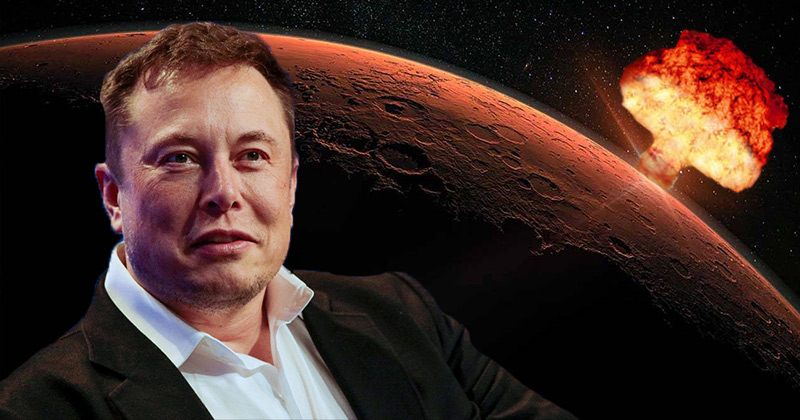 SpaceX and Tesla CEO Elon Musk sent out a tweet Thursday night, reviving his idea of hitting Mars with nuclear weapons in an attempt to make the Red Planet more inhabitable for humans.

This isn’t the first time Musk has advocated bombarding the planet with thermonuclear weaponry.

In 2015, he appeared on “The Late Show With Stephen Colbert” and said “the fast way” to warm up Mars in preparation for humans would be to “drop thermonuclear weapons on the poles.”

Time will tell how serious Musk is about the Mars proposition, but for now, his company SpaceX is already testing rockets to send people to the planet.

“SpaceX is currently testing a prototype version of its rocket to Mars called Starship, which Musk hopes will eventually send humans to Mars,” according to Business Insider.