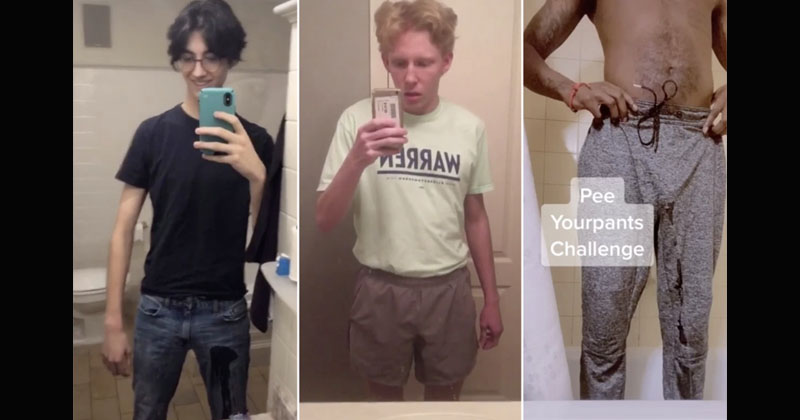 Bored and isolated zoomers launched the #peeyourpantschallenge, which has garnered nearly 4 million views on Tik Tok, as the coronavirus lockdowns continue to drag on in America.

The revolting social media challenge began after 19-year-old “comedian” Liam Weyer announced the hashtag before micturating himself on camera in April.

“I am surprised to see that people on the internet will pee themselves if you call it a challenge and add a hashtag,” he told The Insider over the weekend, adding that he did the stunt as a “parody.”

“I am definitely surprised that the challenge actually became a trend. I created the challenge as a parody of the other challenges that have gone viral on the internet in an attempt to show how pointless they are,” he said.

Thankfully, many on Twitter had the common sense to recognize how stupid and disgusting this latest social media campaign is.

Makes sense he is wearing a Warren shirt.

And these guys wonder why they’ve never been able to get a date.

Now this is sick!