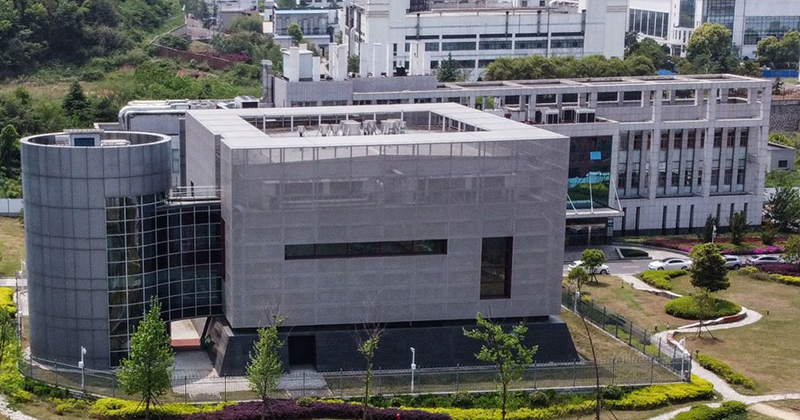 Another leaked intelligence document has been leaked to the press to help support suspicions that the coronavirus currently ravaging the US and much of the global community may have leaked from a biolab in Wuhan.

NBC News reports that a document that has been shared among several Republican lawmakers points to evidence that the virus may have emerged even earlier than the global community believes.

In recent days, the French government confirmed suspicions that the country’s first case might have arrived as early as December, while in the US, the earliest suspected COVID-19-linked death occurred on Feb. 6, weeks earlier than previously believed.

The earliest suspected case in China may have been observed as early as November, some scientists believe, though others doubt the theory.

But the report obtained by NBC News cites cellphone activity data showing a complete shutdown of a high-security section of the lab for 2.5 weeks between Oct. 7 and Oct. 24.

Though it offers no insight into what might have caused the shutdown, and there could be other explanations for the data, it’s certainly some food for thought.

The report — obtained by the London-based NBC News Verification Unit — says there was no cellphone activity in a high-security portion of the Wuhan Institute of Virology from Oct. 7 through Oct. 24, 2019, and that there may have been a “hazardous event” sometime between Oct. 6 and Oct. 11.

It offers no direct evidence of a shutdown, or any proof for the theory that the virus emerged accidentally from the lab.

If there was such a shutdown, which has not been confirmed, it could be seen as evidence of a possibility being examined by US intelligence agencies and alluded to by Trump administration officials, including the president – that the novel coronavirus emerged accidentally from the lab.

But that is one of several scenarios under consideration by U.S. intelligence agencies. Many scientists are skeptical, arguing that the more likely explanation is that the virus was transmitted to humans through animals in a Wuhan live produce market. The World Health Organization said Friday it believed the “wet” market played a role in the spread of the disease.

The document asserts that if the virus truly did spread in November and December, then there is reason to suspect that it might have leaked from a lab, or been intentionally released.

The document doesn’t cite direct evidence to support that assertion. The analysis seems to account for only a tiny fraction of the cellphones that would be expected in a facility that employs hundreds of people. Dr. Just Vlak, a Dutch virologist who visited a nearby satellite facility of the Wuhan Institute of Virology in late November and met with WIV’s head of bio-security, told NBC News that the facility he visited had between 200 and 300 staff.

For that and other reasons, some officials are skeptical of the analysis, which is based on commercially available cellphone location data. One U.S. official who has seen the document said the data “looks really weak to me and some of the conclusions don’t make sense.”

Though the document advises that the data it cites are “vague”, NBC notes another earlier piece of evidence purporting to show a shutdown at the lab had been obtained earlier.

Earlier, U.S. intelligence agencies received reports based on publicly available cellphone and satellite data suggesting there was a shutdown at the lab, two U.S. officials familiar with the matter say. But after examining overhead imagery and their own data, the spy agencies were unable to confirm any shutdown, and deemed the reports “inconclusive.”

But one Congressional staffer said these reports are getting “another look” by lawmakers.

Another U.S. official said intelligence agencies may give the data another look in the wake of this new report. And still another intelligence official said there may be more private cellphone location data that could shed further light on the matter.

Congressional intelligence committees have also been given the document, and Sen. Marco Rubio, R.-Fla., appeared to be alluding to it or a similar report in a tweet on Wednesday.

“Would be interesting if someone analyzed commercial telemetry data at & near Wuhan lab from Oct-Dec 2019,” Rubio tweeted. “If it shows dramatic drop off in activity compared to previous 18 months it would be a strong indication of an incident at lab & of when it happened.

At the end of the story, NBC News included a timeline of all the circumstantial evidence being used to support suspicions that the virus may have leaked from a lab. It includes:

If nothing else, it’s definitely some food for thought.