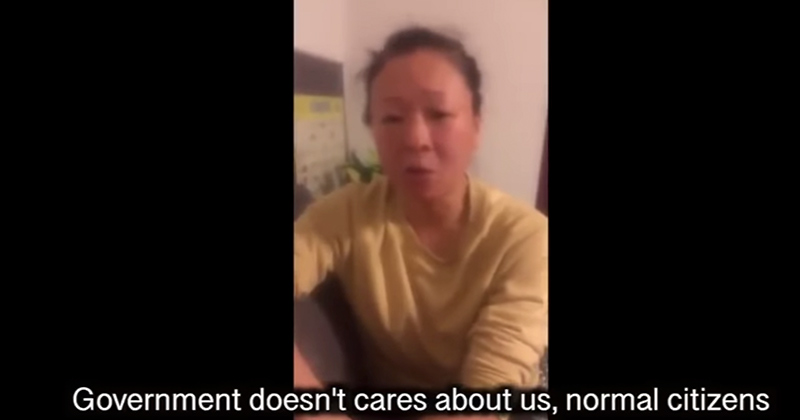 Here’s a heart-wrenching video of a Wuhan mother who cannot take the lies anymore.

Now that’s a patriot. And that is what China fears most.

I cannot confirm where that video was filmed.

I can say that it is similar to what the New York Times reports in Fear, Fury and the Coronavirus.

The NYT reporters were in China.

There’s pork rationing in Wuhan now and pork prices are being hiked like crazy. It’s even worse price hikes than from the African swine flu. The Chinese government has changed food policy in Wuhan drastically 3 times in the last 3 or so weeks. I have a friend trapped in Wuhan

Initially, food delivery trucks were not allowed into Wuhan for over a week when the city was initially blockaded. So food levels in the city were dangerously low. Hardly anyone prepared in advance and many thousands almost starved. Food policies are angering many Chinese

Last Thursday I highlighted the tweet below noting that political unrest in China is building to the highest level since Tiananmen Square (1989).

“China’s Communist rulers are not just fighting an epidemic. They are also struggling to contain an upwelling of public anger about their own failure to stem the outbreak.”

“Something is happening that is bigger than the coronavirus.”

Meanwhile, please note that Half the Population of China, 760 Million, Now Locked Down

From an economic standpoint, January say the Largest Shipping Decline Since 2009 and That’s Before Coronavirus impact hit.