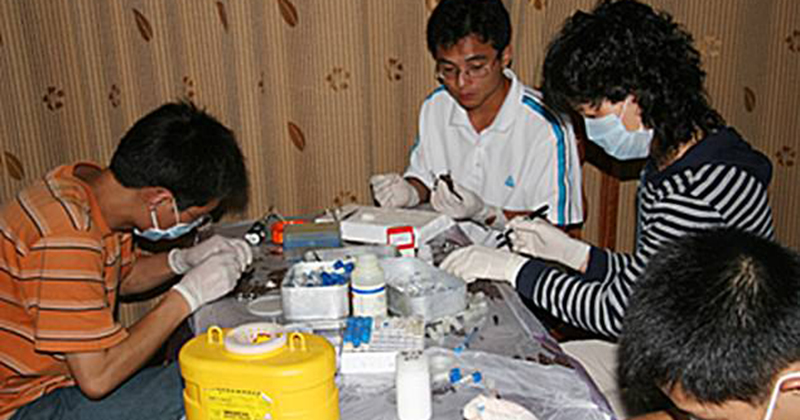 Pictures which appear to show slack safety standards at the Chinese laboratory at the centre of international sus­picion over Covid-19 have been systematically deleted from its website – as Donald Trump continues to ramp up the pressure on Beijing over its potential role in the outbreak.

During the past month, Wuhan’s Institute of Virology has removed photographs of scientists working in its laboratories and edited out references to visits by US diplomats who subsequently raised the alarm about the laboratory’s work on bats.

US President Donald Trump announced on Thursday that he had seen intelligence that gave him a ‘high degree of confidence’ that the global crisis had its origins in the institute – a month after The Mail on Sunday first revealed that British Cabinet Ministers had received classified briefings raising the possibility of a leak from the institute.

Tune in as we cover what’s really going on behind-the-scenes geopolitically amid the Coronavirus pandemic.

Downing Street did not take issue with President Trump’s remarks. ‘There are clearly questions that need to be answered about the origin and spread of the virus,’ a spokesman for Boris Johnson said.

The edited material includes a page of the institute’s website showing pictures of staff entering caves to take swabs from bats carrying coronaviruses – with the scientists wearing minimal protective equipment. And the institute appears to have also removed reference to a visit to the institute in March 2018 of Rick Switzer, a science and technology expert from the US embassy in Beijing.

As a result of Mr Switzer’s visit, cables were sent to the US State Department from the embassy warning about the risks of the bat experiments. One read: ‘During interactions with scientists at the WIV laboratory, they [the diplomats] noted the new lab has a serious shortage of appropriately trained technicians and investigators needed to safely operate this high-containment laboratory.’
Read more