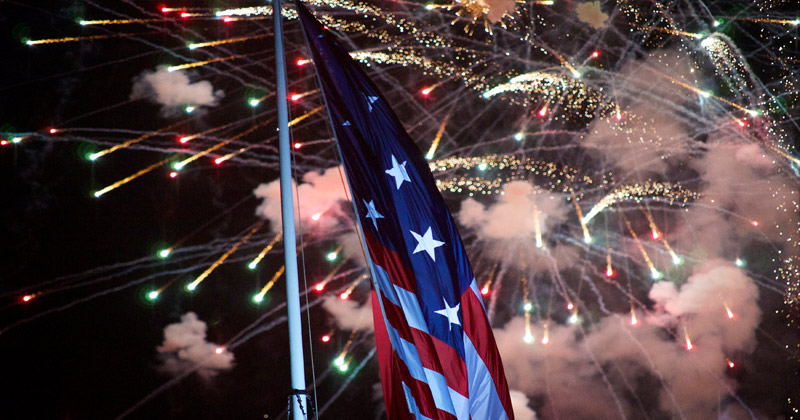 The Editor in Chief of Yahoo Music is calling for America’s national anthem to be replaced with a song by John Lennon of The Beatles.

In an article released Wednesday titled, “Why it might be time to finally replace ‘The Star-Spangled Banner’ with a new national anthem,” Yahoo’s Lyndsey Parker claimed the song is “striking a note” with the politically correct mob.

She pointed out that last week, “protesters” in San Francisco tore down a statue of the song’s composer Francis Scott Key.

Parker noted Key was a slaveholder, but The Washington Examiner provided further context, explaining he “opposed abolition but also represented slaves trying to win their freedom in court, for no charge. It turns out like many historical figures, Key was a complicated man.”

The Yahoo writer then asked, “So, is it time for this country to dispense with ‘The Star-Spangled Banner’ and adopt a new anthem with a less troubling history and a more inclusive message?”

The author went on to quote multiple historians and activists on the subject, with activist Daniel E. Walker saying, “I do side with the people who say that we should rethink this as the national anthem, because this is about the deep-seated legacy of slavery and white supremacy in America.”

In the Yahoo article, Journalist Kevin Powell mentioned a little-known third stanza of the song that says, “No refuge could save the hireling and slave,” calling it “blatantly racist.”

However, he does not explain how simply mentioning the fact that slaves were among the individuals in danger from the bombardment being described in the song is “racist.”

Powell made sure to point out that he doesn’t “pass judgment” on black Americans who have performed the song throughout history, saying, “What Jimi Hendrix did with ‘The Star-Spangled Banner’ at Woodstock, or the way that Marvin Gaye reinterpreted it and made it a soul song, or Whitney Houston singing it at the Super Bowl in 1991, it became something that belonged to all people, not just folks that thought we should just blindly sing this song.”

Asked by Yahoo what the replacement national anthem should be, Daniel E. Walker said whatever it is, it must go through a “vetting process.”

Powell, on the other hand, suggested John Lennon’s “Imagine,” as a replacement anthem, calling it “the most beautiful, unifying, all-people, all-backgrounds-together kind of song you could have.”

That description is interesting considering John Lennon himself referred to the hit track as “virtually the Communist Manifesto.”

A semi-pro soccer team called Tulsa Athletic of the National Premier Soccer League has already ditched the “Star-Spangled Banner” and replaced it with Woody Guthrie’s “This Land is Your Land.”

For now, the movement doesn’t appear to have enough traction to catch on, but as Americans have witnessed over the past few weeks, nothing is safe from cancel culture.