Constantly prioritizing liberal values over national security in Europe has ultimately given a free hand to Islamic radicals, who sneak into the continent unhindered with little scrutiny, extremism expert Jennifer Breedon told RT.

Breedon, an international criminal law attorney and expert in extremism studies, spoke to RT in the wake of the attack in Paris on Saturday night, when a knife-wielding man randomly stabbed people near the Opera House, killing one of them. The assailant reportedly shouted “Allahu Akbar” as he charged at passersby. The Islamic State (IS, formerly ISIS/ISIL) claimed responsibility for the carnage, calling it retribution for France’s role in the anti-terrorist campaign in the Middle East.

Pointing out that Europe, and in particular France, is among the hardest hit by ISIS sympathizer attacks, Breedon argued that the root of the problem lies not in its fight against ISIS, but in the decades of its commitment to liberal values at the expense of national security.

“In terms of motivation to do these attacks, they always say and it’s kind of been a public outcry that attacking ISIS in Syria or Iraq is going to be a part of this. Of course, France has been one of these coalition forces, but that’s no different from the things that Russia has done or some of the other nations have done against ISIS or terrorist forces in Syria,” she said.

The reason the West, especially Europe, has become a “very easy target” for ISIS is that European leaders “use those liberal values, freedoms, equality and thing like that and put those over safety for people,” she argued.

“And that begs a very important question: When is this too much?” the lawyer added.

Giving credit to the efforts of the French government to tighten the screws in the wake of the November 2015 Paris massacre, Breedon said that although it might have improved the situation a bit, these cosmetic changes cannot compensate for the years of living by the principle ‘to not hurt anyone’s feelings.’

“So even if President Macron has enacted this counter-terrorism policy in his nation he already has past years, even if he wasn’t involved with those, of open door policies, allowing anybody to come in, not wanting to infringe on privacies and not wanting to offend anybody.”

“That’s allowed the growth of this [Islamic extremism],” she said.

According to Breedon, it will be hard for Europe to get a grip on the situation since it will have to encroach on the values that are at the heart of its self-representation.

“So it’s going to be hard, especially for these nations, who have spent so many years not wanting to offend that they’ve already grown the presence [of radical Islamist],” Breedon said. She argued that as long as European nations are unable to restrict their core freedoms, they will likely end up on the road towards more racial profiling by police, who will have to basically rely on a sixth sense.

“They have to train police being almost psychic in a sense or see the future of what is going to happen, which is very unlikely,” she said. 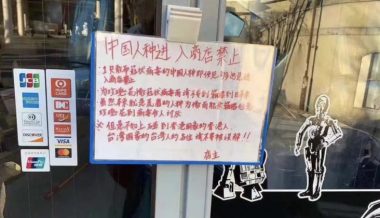