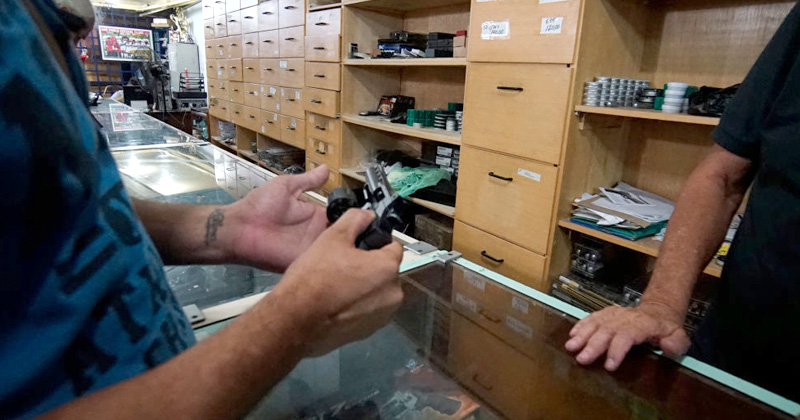 If adopted, the 2020 Democratic Party platform would be the most vigorous attack on the Second Amendment by a major political party in our nation’s history. And in selecting Kamala Harris as his running mate, Joe Biden confirmed that failed Democrat presidential candidate Beto O’Rourke’s boast that “Hell yes, we’re gonna take your AR-15, your AK-47” was not an idle threat. The platform lays out a roadmap for subverting our gun rights by creating federal laws and using federal money to bribe the states into invading private matters.

According to section “Ending the Epidemic of Gun Violence” in their 2020 platform, Democrats plan to:

This is a favorite goal of liberals that would do very little to lower violent crime or suicide, as even the left-wing Vox reported: “Establishing a background check system, as the U.S. has already done on a national scale, likely affects. But making the system more comprehensive or universal doesn’t seem to have a significant effect on its own, at least at a population level.” But depending on how the law reads, it could open the door to the government requiring a background check even when gifting a firearm to a family member or friend.

Federal law already requires all online gun buyers to submit to a background check, and the firearm has to be delivered to a federal firearms dealer. So ending online gun sales will only raise the cost and decrease the selection of guns a person can legally buy.

The same applies to online sales of ammunition, since, in most states, a person can buy an unlimited amount at a sporting goods shop. Eliminating online purchases will only raise the price and limit the choices a person can make on ammo. Of course, this may be the intention, since these laws are really not about saving lives.