In my soon to be 77 years as a citizen of the United States of America, having lived through Japan’s sneak attack on Pearl Harbor, the dark days of WWII, Korea, Vietnam, Watergate, 9/11 and all the other serious and profound events our beloved nation has been involved in over the last three quarters of a century, I have to say with all sincerity that I have never seen a president as confused, befuddled, impotent, insincere and as out of his depth as Barack Obama has become in dealing with the Syrian issue. 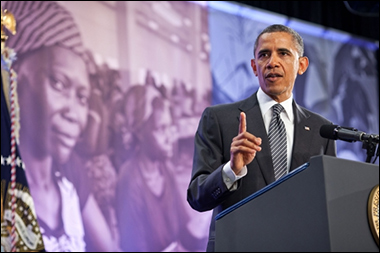 When you’re the leader of the free world, you don’t make statements you can’t back up and you don’t draw lines in the sand, watch your enemies cross them with impunity and go off and play a round of golf.

Obama painted himself and the nation into a corner with his “red line” statement and I truly believe he thought he would have unilateral international and domestic support only to find himself standing alone in the spotlight with egg on his face and a ticking political time bomb in his hand.

I don’t believe he ever had any intention of going through Congress and only decided to do so when he was left without the support of traditional allies and the disdain of a war weary American public who have begun to feel that America cannot be the international police force who has to bear the brunt of every catastrophe.

I think Obama is taking the vote for military authorization to Congress to bail himself out, to buy some time, somebody to share the blame if all goes wrong. Obama had already positioned war ships. All that was left to do was give the order to fire the missiles and at the 11th hour, after being rejected by the British parliament and put off by the French, he started having second thoughts and reached for the life preserver.

I, for one, am glad that Obama – for whatever reason – political expediency notwithstanding, did not facilitate the missile attack as it would have been largely symbolic and cosmetic and as he had given Assad enough warning to move the weapons out of harms way would have done little if anything to rid the world of chemical weapons.

It’s not that I think nothing should be done about weapons of mass destruction no matter where they’re used in the world, but I believe it’s not just the responsibility of the United States to enforce international law. If the civilized nations of the world shirk this duty, why should they think America should take on the job by itself?

America has done enough “sending signals”, symbolic gestures, getting involved in situations that don’t threaten our national interests or that of our allies.

America’s leaders should guard their tongues well and not issue spur of the moment reactions and empty threats. Our bite should be a lot worse than our bark and a presidential warning should be a dire and solemn caution, issued only once and followed up with swift and decisive action, not some half-baked puff of bravado that nobody really takes seriously.

What little bit of credibility America had in the Middle East just went out the window Friday afternoon, as a president who let his ego overload his common sense backed down from a tin horned dictator of a third world country, or at least that’s how it’s viewed in that part of the world.

The mettle of a president and the people he surrounds himself with is not proven until push comes to shove. This nation has entered a new phase in the war on terror and our relativity in the rest of the world and the road is going to be long, rocky and dangerous.

It remains to be seen how this embarrassing situation will play out. Will the president seek the council of the more experienced advice available to him in Congress? Or, will he remain defiant and continue to go it alone.

How much more can we take?

Pray for our troops and the peace of Jerusalem.